Pulp Ark 2013, the Official New Pulp Creators' Conference/Convention in its third year announced today its Three Guests of Honor for the Third year of the convention to be held in Springdale, AR.

"Pulp," Tommy Hancock, Pulp Ark Organizer and Partner in Pro Se Productions, the company sponsoring Pulp Ark, "is a marvelous, massively diverse field...a style that has transcended its origins in the early 20th Century in cheaply printed magazines and found its way into every medium available to modern fans.  Classic characters and stories are finding new life with readers and enthusiasts today and new tales centered around original characters are exploding onto the scene as well.  This year, Pulp Ark 2013 will celebrate the variety that is Pulp in many ways.   Our Three Guests of Honor most definitely reflect both the differences and the common denominators in Pulp, both classic and new, both originals of today and inspirations of yesteryear.   I am extremely proud to announce that Joe Devito, Martin Powell, and Paul Bishop will be the Guests of Honor for Pulp Ark 2013 this year!" 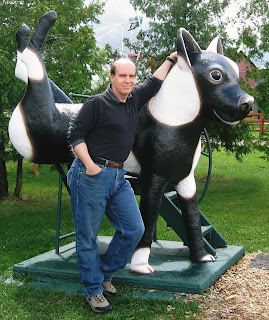 Martin Powell has been a professional writer since 1986. He received early critical praise with the Eisner Award nominated Sherlock Holmes/Count Dracula graphic novel, Scarlet in Gaslight, which has remained in print for more than twenty-five years.

Powell has since written hundreds of stories in numerous genres, including mystery, science fiction, horror, and humor, and has been published by Disney, Marvel, DC, Moonstone, Wild Cat Books, and Sequential Pulp/Dark Horse Comics, among others, working with such popular characters as Superman, Batman, Tarzan, Lee Falk’s The Phantom, Frankenstein, The Spider, Kolchak the Night Stalker, The Avenger, and more.  He also a prolific author of many acclaimed children’s books, and is the creator of The Halloween Legion. His The Tall Tale of Paul Bunyan won the coveted Moonbeam Children’s Book Award for Best Graphic Novel of 2010. 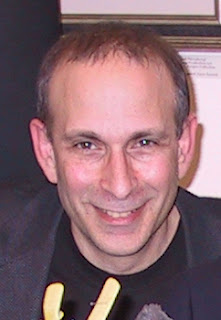 Over the years DeVito has painted many of the most recognizable Pop Culture and Pulp icons, including King Kong, Tarzan, Doc Savage, Superman, Batman, Wonder Woman, Spiderman, MAD magazine’s Alfred E. Newman and various characters in World of Warcraft, with a decided emphasis in his illustration on dinosaurs, Action Adventure, SF and Fantasy. He has illustrated hundreds of book and magazine covers, painted several notable posters and numerous trading cards for the major comic book and gaming houses, and created concept and character design for the film and television industries.

In 3D, DeVito sculpted the official 100th Anniversary statue of Tarzan of the Apes for the Edgar Rice Burroughs Estate, The Cooper Kong for the Merian C. Cooper Estate, Superman, Wonder Woman and Batman for Chronicle Book’s Masterpiece Editions, several other notable Pop and Pulp characters. Additional sculpting work ranges from scientifically accurate dinosaurs, a multitude of collectibles for the Bradford Exchange in a variety of genres, to larger-than-life statues and the award trophy for the influential art annual SPECTRUM.

An avid writer, Joe is also the co-author (with Brad Strickland) of two novels, which he illustrated as well. The first, KONG: King of Skull Island (DH Press) was published in  2004. The second book, Merian C. Cooper’s KING KONG, was published by St. Martin’s Griffin, in 2005. He has also contributed many essays and articles to such collected works as Kong Unbound: The Cultural Impact, Pop Mythos, and Scientific Plausibility of a Cinematic Legend and Do Androids Artists Paint In Oils When They Dream? in Pixel or Paint: The Digital Divide In Illustration Art.

2012 saw the release of Kindle and iBook versions of KONG: King of Skull Island that were accompanied by Part 1 of a cutting edge app version of the book. With the property in full development as a motion picture, other plans include the release of Part 2 of the interactive Kong book app, the beginning of a KONG: King of Skull Island YA series and Kong collectibles for the Cooper Estate.

Presently DeVito is painting covers for The All New Wild Adventures of Doc Savage (written by Will Murray), while also finishing the screenplay and developing imagery for his newest creation, a faction world of truly epic proportions tentatively titled The Primordials. 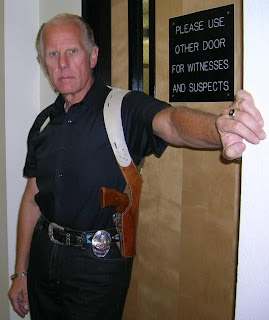 Paul Bishop is a thirty-five year veteran of the Los Angeles Police Department whose career included a three year tour as an interrogator with his department's Anti-Terrorist Division and over twenty-five years’ experience in the investigation of sex crimes. For the past eight years, his various Special Assaults Units have consistently produced the highest number of detective initiated arrests and highest crime clearance rate in the city. Twice honored as Detective of the Year, Paul also received the Quality and Productivity Commission Award from the City of Los Angeles.

Paul has also written feature film scripts and numerous episodic scripts for television, including such shows as Diagnosis: Murder, LA Dragnet, The New Detectives, and Navy Seals: The Untold Stories.

Paul is currently writing and editing the monthly Fight Card series, 25,000 word e-novels, designed to be read in one or two sittings, inspired by the fight pulps of the '30s and '40s – such as Fight Stories Magazine – and Robert E. Howard’s two-fisted boxing tales featuring Sailor Steve Costigan.  His latest entry, Fight Card: Swamp Walloper (written as Jack Tunney) will premiere at the 2013 Pulp Ark convention.   He can be found blogging at www.bishsbeat.blogspot.com  and followed via twitter@bishsbeat.  A full list of his novels  is available at http://tinyurl.com/7x8xo5k

"These three," Hancock stated, "represent a huge variety within Pulp today, but they all also show the commonalities of what Pulp is.  And as far as mediums, everything from books to comics to television to sculpture to painting and more is represented by these fantastic Guests.   It's a privilege for Pulp Ark to have them as its centerpiece in 2013."

Pulp Ark is a Writer's Conference/Convention focused on 'Pulp' fiction.  Although defined narrowly by many, Pulp Ark promotes Pulp Fiction as multi genre multi medium storytelling that typically involves action, adventure, larger than life heroes and villains, and a strong focus on both plot and characterization.  "Pulp," Hancock said, "began as a medium in which many great writers told a lot of wonderful stories and readers could pick 'em up a 100 or more pages at a time for a dime.  Although it's no longer that necessarily, the sensibilities of Pulp storytelling, the style, the methodology, all the stuff fans have remembered and enjoyed for over 80 years about those kinds of tales, all of that is still around and available from all sorts of authors, artists, performers and companies.  That is what Pulp Ark is all about."

SPECIAL PRICES UNTIL JANUARY 1ST, 2013!  Any and all who plan to attend Pulp Ark 2013 and want to get the Discounted Room Rate MUST reserve a room or rooms by January 1st, 2013 to take advantage of the Special Pulp Ark rate of $84.00 a night.  To reserver your room online, please click HERE! 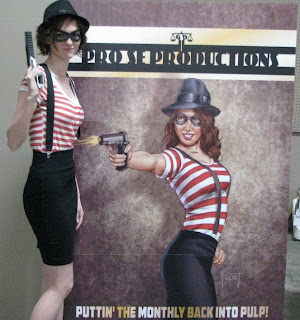