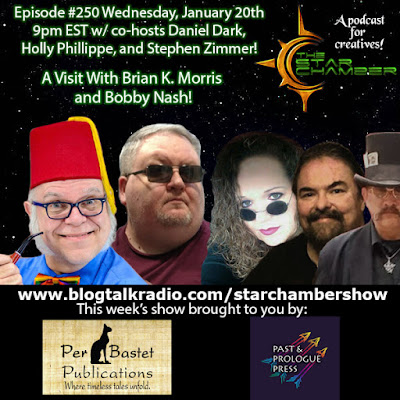 I'm looking forward to returning to The Star Chamber Show tomorrow along with my buddy, Brian K. Morris. I imagine we'll have all sorts of things to talk about including Pulp Reality and Snow Shorts, which we are both involved in, plus a whole lot more. Please, listen LIVE on Wednesday, January 20th at 9pm EST and bring your questions for me and Brian.

Get the official Twitter app at https://twitter.com/download?s=13
Posted by BobbyNash at 1:38 PM 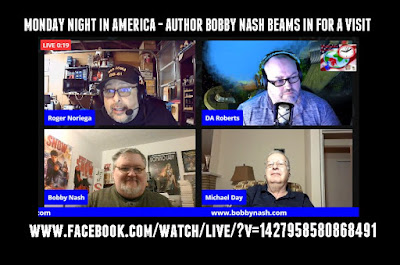 In case you missed my interview LIVE on NDB Media's Monday Night in America show, and we ran quite late so some of you may have had to sign off early, you can watch the full episode now at https://www.facebook.com/watch/live/?v=1427958580868491 The episode will also be uploaded to YouTube soon as well.

A big thank you to Roger Noriega, author DA Roberts, and Michael Day for making me feel welcome and for a fascinating conversation. We discussed writing, Snow, cons, screenplays, my novels, characters, pulp, Star Trek, and more. You won't want to miss it. You can watch it HERE. 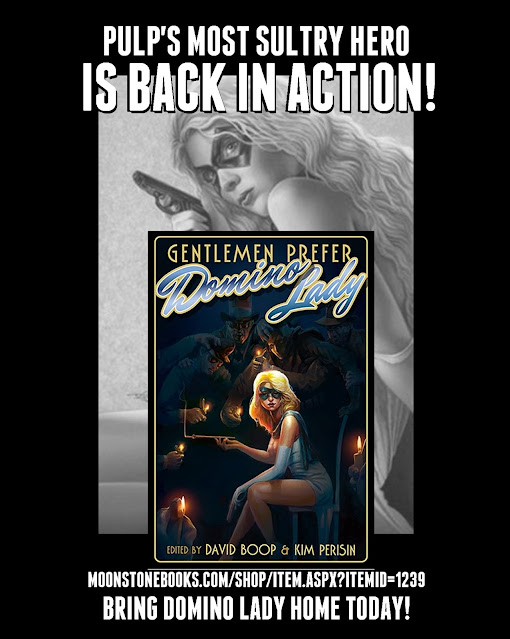 I've been waiting a while to say this, but I am so thrilled to announce that Domino Lady is back! At long last, Moonstone Books has announced that the Gentlemen Prefer Domino Lady anthology is now on sale as a paperback for only $11.99 HERE.

About  Gentlemen Prefer Domino Lady:
An all new collection of prose stories! The sexiest and most elusive crime fighter of the all time teams up with: The Black Bat, The Phantom Detective, Zero, The Green Ghost, Secret Agent X, Ravenwood, and more. 198pgs. of sultry crime-fighting goodness set against the backdrop of 1930's Hollywood. It's Glitz, Glamour, and Gunfire!

Posted by BobbyNash at 2:07 PM

THE SERIALIZED NOVELLA "LANCE STAR AND THE CROWN OF GENGIS KAI" CHAPTER 14 THE FINAL CHAPTER IS NOW LIVE! 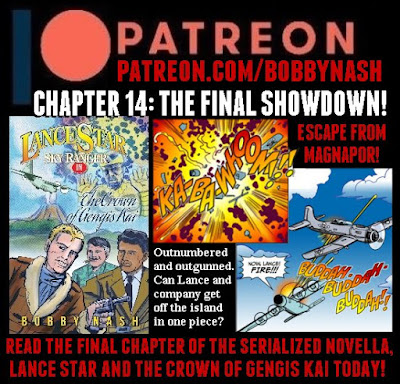 New Pulp's high flying hero returns as Lance Star: Sky Ranger rockets into adventure in a new chapter of the all-new serialized novella written by author Bobby Nash. The final chapter of "Lance Star and the Crown of Gengis Kai" chapter 14 is now available at www.patreon.com/bobbynash

Having narrowly survived their ordeal inside the volcano with The Overlord and the Warriors of Hades, Lance Star, Buck Tellonger, and Simon Prentiss make one final push to escape from Magnapor Island before The Overlord's warplanes attack. It's danger, dogfights, and derring-do in the final all-new chapter of the Lance Star: Sky Ranger serialized novella! Available now at www.patreon.com/bobbynash

It's not too late to get in on the action. For as little as $1 a month you get serialized stories, behind the scenes content, freebies (there's one scheduled this weekend), and so much more. Check it out at www.patreon.com/bobbynash and let's create some bold new worlds together.

As always, thank you for your continued support.

Bobby
Posted by BobbyNash at 9:04 PM 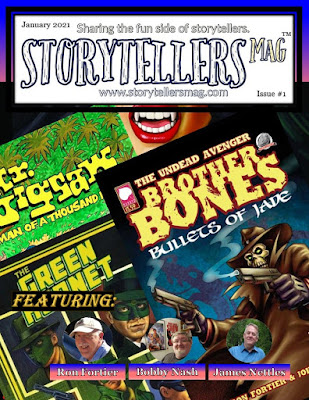 Here's a sneak peek at the cover to the upcoming Storytellers Mag from Valhalla Books. If you listened to yesterday's The Adam Messer Show, you heard Adam, Ron Fortier, and myself talking about the launch of this FREE magazine. If you missed it LIVE, check out the podcast when it posts to www.theadammessershow.com

Repost Adam Messer: Authors, publishers, musicians, film and more! Friends, This is the last chance to run an ad in the first issue of Storytellers Mag! Full page ads only $20. 8.5" x 11" Storytellers Mag shares the fun side of storytellers. We had the show launch party yesterday and it was a ton of fun. The monthly magazine & podcast comes out monthly featuring storytellers from all over. www.storytellersmag.com

The first issue of Storytellers Mag includes an interview with Ron Fortier, James P. Nettles III, and Bobby Nash. Also included is a sample chapter from In The Wind - A Tom Myers Mystery.
Bobby
Posted by BobbyNash at 11:40 AM 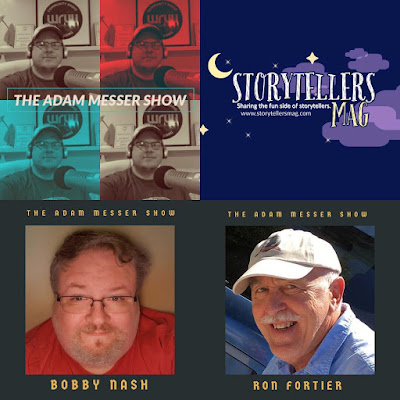 Join us for the Storytellers Mag Launch Party this Sunday LIVE at 3pm EST! Authors Bobby Nash and Ron Fortier will be guests on The Adam Messer Show live Sunday from 3-5pm EST on @wruu_107.5_savannah (Wruu.org) to kick things off. 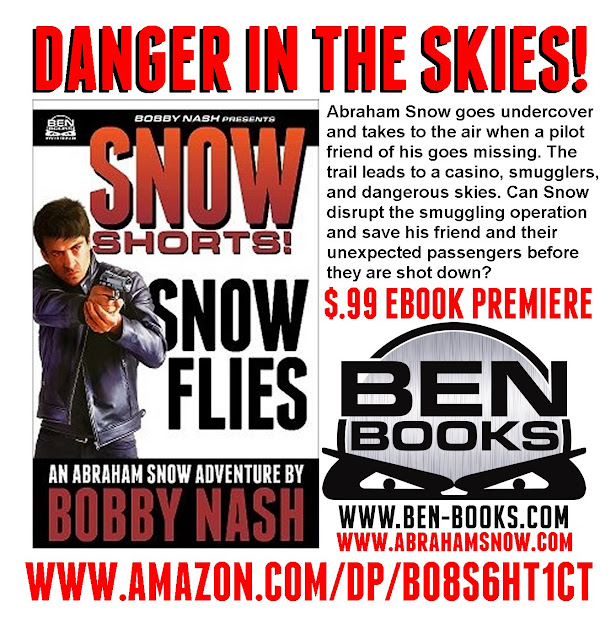 Snow takes to the air in SNOW SHORTS debut! BEN Books is thrilled to announce the launch of SNOW SHORTS with SNOW FLIES by series creator, Bobby Nash. Now available as a $0.99 ebook. Get in on the ground floor of this new series of Snow tales HERE. Snow Shorts #1 Snow Flies is also available in ebook format at Amazon sites around the world.

About Snow Shorts #1 Snow Flies:
Abraham Snow goes undercover and takes to the air when a pilot friend of his goes missing. The trail leads him to a casino, smugglers, and dangerous skies. Can Snow disrupt the smuggling operation and save his friend and their unexpected passengers before they’re shot down?

Snow Flies was nominated for a 2020 Pulp Factory Award for Best Pulp Short Story (a shorter version of this story originally appeared in Paul Bishop Presents… Disorderly Conduct: Another Ten Tales of Murder and Mayhem).

SNOW SHORTS will be released as $0.99 stand-alone ebooks and be collected in print as well. In addition to SNOW SHORTS, the Snow novella series continues as well when Snow series 1 wraps up in February with SNOW DOWN before Series 2 begins with SNOW HUNT.

Bobby
Posted by BobbyNash at 7:34 PM 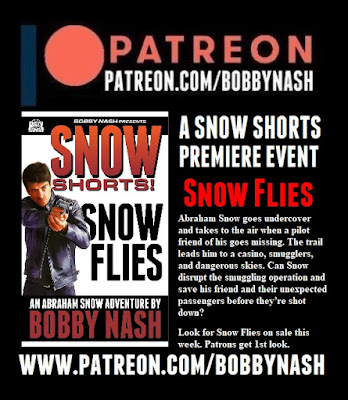 Snow takes to the air in SNOW SHORTS later this week! BEN Books is thrilled to announce the launch of SNOW SHORTS with SNOW FLIES by series creator, Bobby Nash will launch this week with SNOW FLIES for only $0.99 on ebook. My Patrons got in on the ground floor of this new series of Snow tales before the book goes on sale to the public. That's just one of the many perks of joining me at www.patreon.com/bobbynash

About Snow Shorts #1: Snow Flies: Abraham Snow goes undercover and takes to the air when a pilot friend of his goes missing. The trail leads him to a casino, smugglers, and dangerous skies. Can Snow disrupt the smuggling operation and save his friend and their unexpected passengers before they’re shot down?

Look for Snow Flies on sale this week.

Learn more about Snow at www.abrahamsnow.com.

Posted by BobbyNash at 1:50 PM 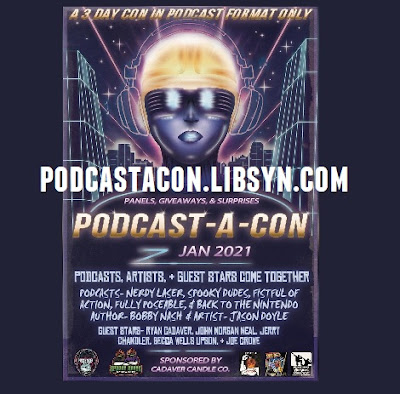 My panel goes live at 12pm EST on Saturday, January 2nd. This virtual event is free. Listen at your leisure! Learn more about Podcast-A-Con at https://podcastacon.libsyn.com 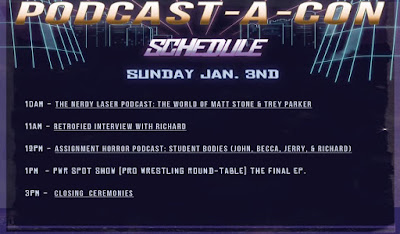 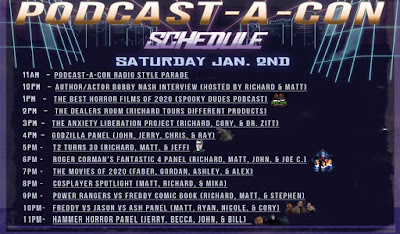 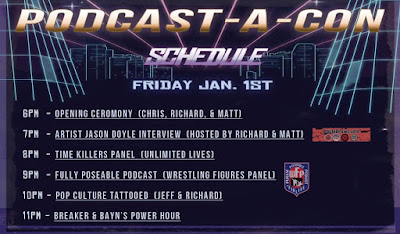