ARE YOU READY FOR A SNOW DAY? 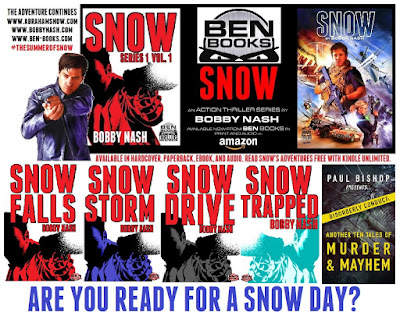 Learn more about SNOW's adventures and find more purchase links at http://www.abrahamsnow.com and get in on the action today! 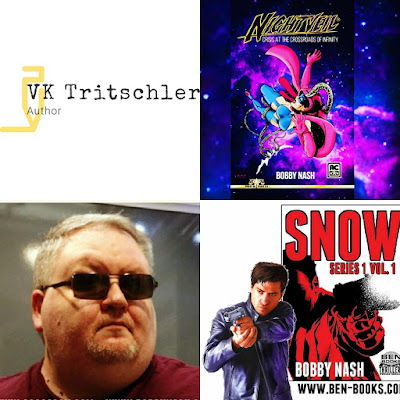 It was a thrill to be interviewed by South Australian Author VK Tritschler for her blog. I'm the second interview on the page HERE. I hope you will give it a look.

Thanks again, VK. Much appreciated.

Bobby
------------
"Bobby Nash has one of the most extensive collections of writing I have ever interviewed, so I just had to know how he does it."

It was a joy to interview Author Bobby Nash and Tim Ricketts this month and ask them about how they create their art. Thank you to them both! #WritingCommunity #WritersLift #amwriting

You can read the full review HERE. 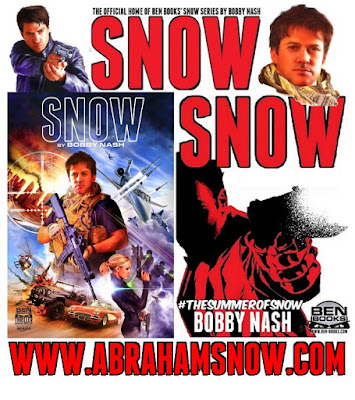 As we get ready for #TheSummerofSnow 2020, I am proud to present the launch of the brand-new home for all things Snow. The new SNOW Homepage is located at http://www.abrahamsnow.com.
Hopefully, this will make it easier for readers to find SNOW books, learn about the SNOW characters, and stay up to date on all things SNOW.

Please, head on over and take a peek. We're still adding and updating. Creator bios will be added soon. Is there anything you'd like to see added? Let me know in the comments.

Let's focus on #TheSummerofSnow in 2020! 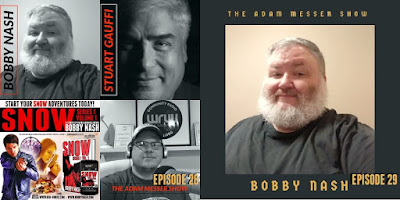 If you missed it live, check out SNOW's Stuart Gauffi and Bobby Nash on the Adam Messer Show podcast #28.

This episode of The Adam Messer Show brought to you by Word Beat Poetry.

#29 - Bobby Nash - Bobby Nash is an award-winning author. We continued the conversation from Episode 28 about Bobby's Snow Series and writing. Listen to it HERE.

Thanks again for having us on your show, Adam. That was fun. 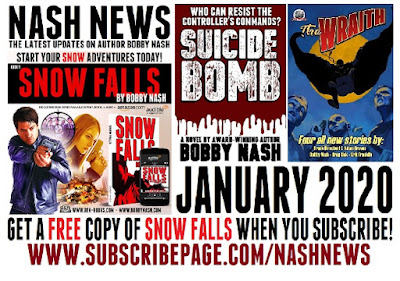 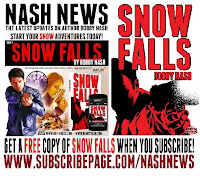 The first Nash News email newsletter for 2020 went out to subscribers today. Are you in the loop? Joining Nash News is easy and FREE.

Just head on over to www.subscribepage.com/NashNews and sign up. Also, when you sign up for Nash News, you'll receive an email link to a FREE ebook copy of SNOW FALLS. I hope you'll join us today.

As always, thanks for your support.

Bobby
Posted by BobbyNash at 10:10 PM 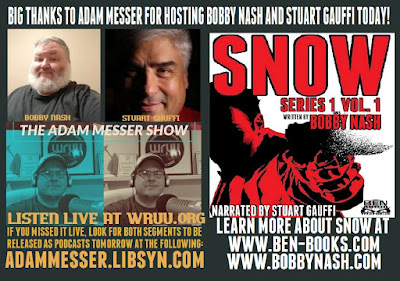 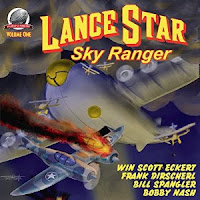 Big thanks to Adam Messer for hosting both author Bobby Nash and voice actor/narrator Stuart Gauffi (Lance Star: Sky Ranger, SNOW) on The Adam Messer Show today live on www.WRUU.org. If you missed the live interviews, each segment will be uploaded tonight or tomorrow as a podcast (1 with Stuart and I talking audio books and Snow for an hour and 1 with me flying solo talking about writing, editing, and character development).

The podcasts will be available at http://adammesser.libsyn.com tomorrow. I will post a direct link when they go live.

Bobby
Posted by BobbyNash at 2:30 PM 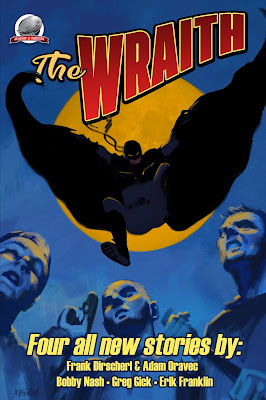 On Sunday, January 5, 2020, join the author and narrator of the SNOW series, Bobby Nash and Stuart Gauffi LIVE on The Adam Messer Show beginning at 3 pm EST exclusively at www.wruu.org It'll be a fun time talking all things SNOW, plans for upcoming SNOW books, and even more. Got questions about writing or narrating audio books? Here's your chance to find out how the SNOW gets made. LISTEN LIVE!