Against the backdrop of the Great Depression, the exciting field of pulp fiction took hold. Now, those sensibilities are returning as pulp fiction is booming once more! All Pulp is your source to the Who, What, When, Where and How of the Modern Pulp Revival! 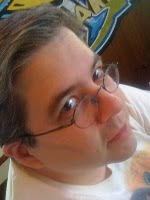 Barry Reese has spent the last decade writing for publishers as diverse as Marvel Comics, West End Games, Wild Cat Books and Moonstone Books. Known primarily for his pulp adventure works like The Rook Chronicles, The Adventures of Lazarus Gray and Savage Tales of Ki-Gor, Barry has also delved into slasher horror (Rabbit Heart) and even the fantasy pirate genre (Guan-Yin and the Horrors of Skull Island). His favorite classic pulp heroes are The Avenger, Doc Savage, John Carter, Conan and Seekay.

From his secret lair in the wilds of Bethlehem, Georgia, Bobby Nash writes. He is an author of novels and short stories like Evil Ways, Fantastix, Lance Star: Sky Ranger, Domino Lady, Sentinels: Alternate Visions, Full Throttle Space Tales: Space Sirens, A Fistful Of Legends, and the upcoming Green Hornet Chronicles and Secret Agent X among others. He also writes comic books and graphic novels like Life In The Faster Lane, Fuzzy Bunnies From Hell, Demonslayer, Fantastix, Yin Yang, I Am Googol: The Great Invasion, and Lance Star: Sky Ranger, among others. For more information on Bobby Nash please visit him at www.bobbynash.com, http://bobby-nash-news.blogspot.com, www.facebook.com/bobbyenash, www.lance-star.com, and www.twitter.com/bobbynash, among other places across the web. 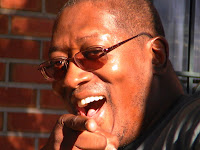 Much like removing a bandaid I suppose the best way to get through this is to rip it off as quickly as possible, accept the pain and move on: My name is Derrick Ferguson and I'm from Brooklyn, New York where I've lived most of my life. Married for 28 years to the wonderful Patricia Cabbagestalk-Ferguson who lets me get away with far more than is good for me. My interests include old radio shows, classic pulps from the 30's/40's, comic books, fan fiction, Star Trek, pop culture, science fiction, animation, television and movies...oh yeah...movies. I'm currently the co-host of the podcast BETTER IN THE DARK where my partner Thomas Deja and I rant and rave about movies on a bi-weekly basis. To date I've written five books: "Dillon And The Voice of Odin", my love letter to classic pulp action/adventure with a modern flavor and the sequel, "Dillon And The Legend of The Golden Bell" ; "Derrick Ferguson's Movie Review Notebook" and its sequel "The Return of Derrick Ferguson's Movie Review Notebook." Both of 'em packed full of movie reviews that I think are pretty damn good otherwise I wouldn't be asking folks to pay hard earned cash for 'em, now would I? ; "Diamondback Vol I: It Seemed Like A Good Idea At The Time", a spaghetti western disgused as a modern day gangster/urban crime thriller. Anything else you'd like to know about me, check out my Live Journal: http://dferguson.livejournal.com/.  The Pulpwork Press website: http://www.freewebs.com/pulpworkpress/.  or Better In The Dark: http://sites.google.com/site/betterinthedarkcentralsite/.  Or hit me up on Facebook. I ain't hard to find! 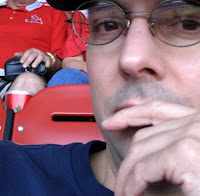 Writer, editor, publisher, and historian Van Allen Plexico stands at the forefront of the pulp revival movement and the new wave of prose superhero fiction, with popular works including his “Sentinels” novels,  “Sherlock Holmes,” “Lucian,” and “Gideon Cain” (with Kurt Busiek). His big-selling “Assembled!” books garnered praise from the original Marvel creators themselves. He has been published by Airship 27, Swarm Press, White Rocket, Rittenhouse, Adamant Entertainment, RevolutionSF.com, and Pro Se Press, and is the publisher of White Rocket Books. He and his family live near St Louis.  Visit him at http://www.plexico.net/  and/or at  http://www.whiterocketbooks.com/ . 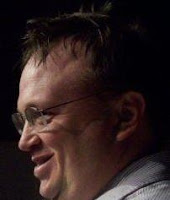 Tommy Hancock, first and foremost, is a Pulp fan.  What form it comes in really doesn't matter.  Book, Movie, Radio, Comic...Orange, not really a deal for him.  This has been a lifetime condition for Tommy and went to the next level very early in life as he became a writer and, soon following that development, an actor.  He has performed on stage since high school, formed and disbanded (mostly) a community theater all his own, and is now Drama Ministry Director at his church.  He also has a background in audio drama. He was a newspaper reporter at 14 and has lived a variety of experiences in his time.  Currently, he is Stage and Audio Director for Pro Se Productions and Editor in Chief of Pro Se Press.  He is also a published writer, his first novella published by Airship 27 Productions.  He is currently working on projects for Airship 27, Age of Adventure, Brokensea Productions, and his own Pro Se Press.

Sarge Portera:  As someone recently pointed out to me, I'm a 3rd generation pulp enthusiast whose dad & grandfather created an obscure pulp hero, Doc Diamond, that they self-published! Being nurtured on comicbooks, movies, science fiction & actioneers since childhood it would only be natural for me to help establish & maintain the following FB Groups with me darlin' daughter's able assist: Bronze Pastiches, Purple Prose Pulp Parade, Sergeant Preston of the Yukon Fan Club, Silhouette Pastiches & Worlds of Doc Diamond!