Dark Horse Comics has released their pulpy offerings coming in January 2013. Comic book shops and bookstores are pre-ordering these titles now to be in store in January. If you want your local shop to carry these titles, please let them know now. 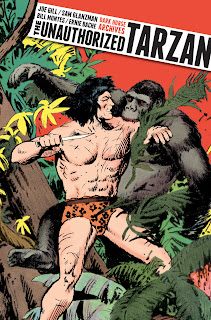 A classic run of Tarzan comics, reprinted for the first time! In the 1960s, believing Tarzan to have fallen into the public domain, Charlton Comics enlisted Joe Gill (Flash Gordon, House of Mystery) and Sam Glanzman (Hercules, Our Army at War) to create a new comics version of the Lord of the Jungle. Only four issues were produced before Charlton was forced to end the series, and much of the original print runs were destroyed. Collects Chalton's Jungle Tales of Tarzan #1â€“#4. Includes never-before-seen Tarzan comic strips by Glanzman and historical essays by Roger Broughton! 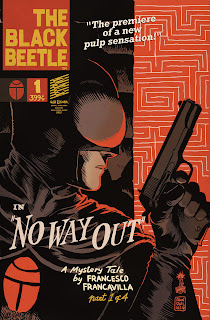 THE BLACK BEETLE: NO WAY OUT #1
Francesco Francavilla (W/A/Cover)

Black Beetle's investigation of two local mob bosses is interrupted when a mysterious explosion murders them and a pub full of gangsters--taking out most of Colt City's organized crime in one fell swoop. Who could pull off such a coup, and what danger might that murderous bomber do to Colt City and Black Beetle? 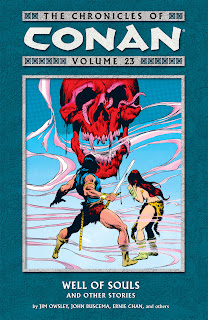 Conan and his companions pursue a grand treasure through lands beset by civil war, murderous cults, and demonic horrors. And while the mighty Cimmerian will--and does!--spit in the very face of death itself, he and his comrades discover that not all treasures are of gold and precious gems. Collects Marvel's Conan the Barbarian #174â€“#181 and Conan the Barbarian Annual #10. 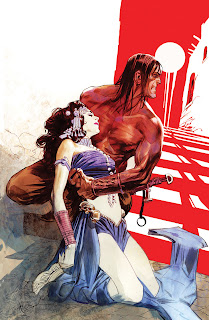 Unable to obtain a cure for the deadly illness afflicting Belit and the crew of the Tigress, Conan feels the fear of loss for the first time. With no hope and a broken heart, the Cimmerian is horrified at how appealing he finds Belit's order to abandon the ship and his queen! The haunting conclusion of "The Death"! 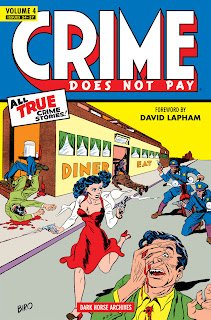 Crime Does Not Pay--the true-crime comic that enjoyed massive circulation throughout the forties and fifties--was a hit with readers. Issues #34-#37 of this visceral, provocative series are now collected into one fine, head-walloping hardcover. 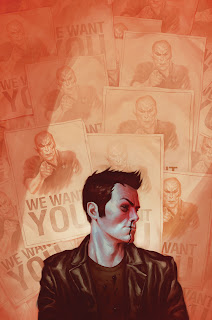 Cal has always wanted the Feds to focus on vampires, and now they are, one in particular--Eben Olemaun, now on a quest to bring mankind to its knees. But the FBI is up to more than tracking down Eben. Will Cal and Alice figure it out before it kills them both? 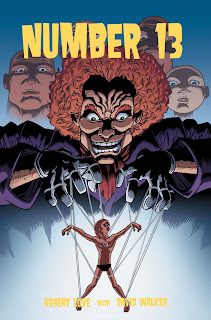 Number 13 struggles to regain his memory and the purpose of his existence, while the manipulative Mother Goose seeks to control his power. She's not prepared for the forces of the Professor, Number 13's sinister creator. No one is safe in the battle to control Number 13--a battle that will determine the fate of a future world. 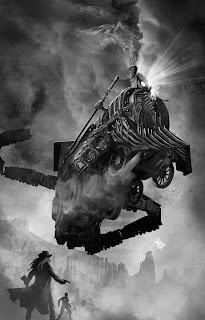 For newly recruited R.I.P.D. officer Roy Pulsipher and his senior Puritan partner Crispin Mather, the train that awaits them is their only hope of reaching the City and saving Creation, but climbing aboard means also aligning with a dark enemy and renouncing their very beliefs . . . forcing a choice that could doom their souls forever! Prequel to the upcoming feature film starring Ryan Reynolds and Jeff Bridges! 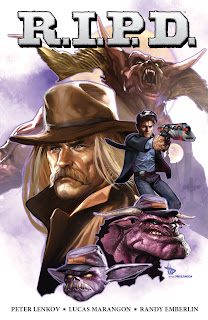 Welcome to the Rest In Peace Department--the devoted, yet dead, officers of divine law enforcement. Nick Cruz was gunned down in the line of duty at the height of his personal and professional life. Now he's traded a hundred years of service to the R.I.P.D. in exchange for a shot at solving his own murder. Collects the original four-issue miniseries.

For a full listing of Dark Horse’s January Releases, visit them at www.darkhorse.com.

Posted by BobbyNash at 8:00 PM