INSPIRATION FOR AND ACTRESS THAT PLAYED MARGO LANE PASSES

Reposted from The New York Times article by Bruce Weber 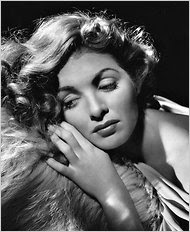 Margot Stevenson, a stage actress for more than six decades who appeared on Broadway in Kaufman and Hart’s “You Can’t Take It With You” in the 1930s and opposite Orson Welles in the radio series “The Shadow,” died on Sunday at her home in Manhattan. She was 98.

The death was confirmed by her daughter, Margot Avery.

Ms. Stevenson was, in the archaic phrase, a lady of the theater. The daughter of an actor and the mother of an actress, she appeared in a handful of movies and television shows (including a “Hallmark Hall of Fame” production of “Macbeth” in which she played Lady Macduff), but most of her career was spent on the stage.

A prolific performer in regional theater, on tour and in summer stock, she spent time in the 1950s in London, in the West End production of “The Seven Year Itch” as the wife of the wayward romantic. From the 1930s though the ’60s she appeared in more than a dozen Broadway shows.

They included a 1935 revival of “The Barretts of Wimpole Street,” the Rudolf Besier play about the poets Elizabeth Barrett and Robert Browning, with Katharine Cornell; Robert E. Sherwood’s World War II drama “The Rugged Path,” directed by Garson Kanin and starring Spencer Tracy, in 1945; Ruth Gordon’s valentine to the theater, “The Leading Lady,” with John Carradine, Ossie Davis, Mildred Dunnock and Ms. Gordon, directed by Mr. Kanin, in 1948; and “Triple Play,” an evening of one-acts by Chekhov, Sean O’Casey and Tennessee Williams with a cast that included Hume Cronyn and Jessica Tandy, in 1959.

In “You Can’t Take It With You,” a loopy and popular comedy that opened in December 1936 and won a Pulitzer Prize for George S. Kaufman and Moss Hart, Ms. Stevenson played the presumably normal one in a family of happy eccentrics on the Upper West Side of Manhattan who is shown the error of her ways in her choice of a man. (The part was played by Jean Arthur in the Frank Capra film version.)

When she auditioned for the role, Ms. Stevenson was playing a small part in another Broadway comedy by Mr. Kaufman, “Stage Door” (which he wrote with Edna Ferber).

“They brought two girls in from Hollywood for the part I have,” Ms. Stevenson told The New York Daily Mirror toward the end of the run. “One was too snooty for what was to be a middle-class sort of girl. The other girl went to Philadelphia with the show for the opening. Mr. Kaufman called me down there for a reading, then sent me to walk around the park while they made up their minds. I got the job and they kept me in hiding in a hotel so the other girl wouldn’t know she had lost her job.”

Margaret Helen Stevenson was born in Manhattan on Feb. 8, 1912. Her father, Charles Alexander Stevenson, was an Irish-born actor who was 60 when Margaret was born, somewhat scandalously, to his 22-year-old second wife, Frances Riley. Margaret went to the Brearley School in Manhattan and was about to enter Bryn Mawr College when the Depression hit.

“So she went on the stage instead,” her daughter said.

In 1937 Ms. Stevenson was dating Clark Andrews, a radio producer working on “The Shadow,” an adaptation of pulp novels about a secret avenger. It was Mr. Andrews who introduced the character of Margot Lane (named after Ms. Stevenson) as the girlfriend of the hero, the man-about-town Lamont Cranston, played by Welles.

Mr. Andrews didn’t believe in nepotism, however, so he cast Agnes Moorehead as the original Margot. Ms. Stevenson played the part for 26 episodes in 1938, after another producer took over. (The name was spelled Margo when the character was later introduced into the novels.)

Ms. Stevenson went to Hollywood briefly in the 1930s and appeared in a handful of B movies, including “Smashing the Money Ring,” with Ronald Reagan.

Her first two marriages ended in divorce. In 1953 she married the actor Val Avery, who died in 2009. Her daughter, Ms. Avery, who has appeared in Off and Off Off Broadway shows, appeared with her mother in the late 1990s in a Fringe Festival production of “The Bacchae.” By then blind from macular degeneration, Ms. Stevenson played Teiresias, the sightless seer, in the Euripides play. It was her final stage role.
Posted by All Pulp at 10:52 AM