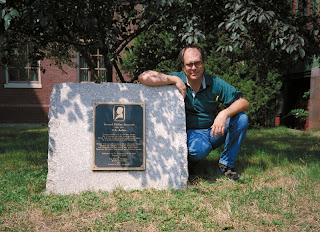 AP: Larry, ALL PULP appreciates you taking time to visit today! First, tell us a bit about yourself if you will?

LL: Like everybody else in this business, I grew up reading comics, and remember when the first Marvel titles came out. I can even tell you most of the stores where I bought the first issues of each one, though most of those stores are long gone. I was discouraged from pursuing art, so went into movies instead. I worked in television animation for 25 years, then came back to Oklahoma to help a friend with a low-budget live action film in 2001. After 9/11, everything was so shaky, I thought I would ride it out in Oklahoma, and have just never been able to leave.

I freelanced some, worked in theatre as both actor and set designer, but my basic skill set was not of much value here. I finally found a school, OSU Institute of Technology, that was trying to build up an animation department....and here I am. I teach Maya and Flash. I love it, plus it allows me to experiment and learn new technology.

AP: You’re currently producing an online comic entitled LOVECRAFT IS MISSING. In a nutshell, can you sum up for us what the comic is about?

LL: Not really. I originally conceived it as an animated project, and it was in development for a year or so at Film Roman in L.A. My first notion was that I wanted to try and make a truly ‘adult’ animated series, meaning complex story and characterization rather than T and A and profanity. I wanted to do a horror show, and I am a big Lovecraft fan, but I’ve never much cared for Lovecraft adaptations, be they film or comic book. I wanted to express what I got out of those stories, but I really didn’t want to adapt any of Lovecraft’s actual stories, so I came up with my own. There were a few clichés I really wanted to stomp on, like everybody in the universe having a copy of the Necronomicon. In my story, no one, at least of the good guys, have ever even heard of it. Same with Cthulhu. The magic and mystery of these things is that they are very, very obscure. 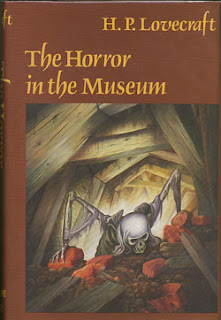 AP: The next obvious question is of course just where did you get the idea for this concept? Was it always planned to be a comic book?

LL: I answered part of this above. I didn’t decide to make it into a comic book until I realized it was never going to get made any other way.

AP: Why go web comic with LOVECRAFT IS MISSING? Do you have a preference of web over print? What do you see as the differences between the two?

LL: I made one attempt to get LIM before a real publisher, via Howard Chaykin. He showed it to DC, but they weren’t interested.

By that time, I’d realized that throughout my career, I had always been working with someone over my shoulder, telling me to add this or not do that. I wanted to do something that was wholly mine, be it good or bad. It’s not that all the input I got over the years was bad; some of it was great. But by and large, the people in the executive suites had no animation or creative experience and their input was either superfluous or stupid, often both. I was once told by an NBC exec that the secret to a good cartoon for children was a loud noise every few minutes.

I opted for webcomics because it gave me complete freedom. I don’t make any money, but that’s worth it to be able to say the strip is all mine. I’m glad people like it, but I worry about pleasing myself first.

AP: Let’s talk a little about subject matter. Are you a Lovecraft fan? What about Lovecraft and his life and/or entire mythos appeals to you? 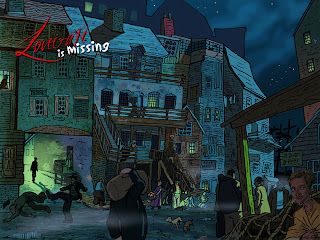 LL: Yep, big Lovecraft fan since high school, though I’ve never been that active in fandom. I’ve read all his stories multiple times, all the bios, most of the letters, most of the marginalia. When his stories work (and they don’t all achieve that) they evoke the dark corners of this old earth. He manages to convey, for me anyway, the notion that while the rest of the world is going on about its business, there are these perverse, mysterious, profane things taking place in secluded places. That’s one of the many reasons I don’t like the near-universality of the Necronomicon, et al., in many pastiches and adaptations, and one of the reasons I don’t think Lovecraftian stories set in the present are very effective. There are secluded corners of the world still, but they are harder to access, and anybody with a cellphone or a laptop can be in touch with like-minded thinkers in literally seconds. In The Call of Cthulhu, it takes the narrator months to accumulate all his data.

AP: We’ve talked about you. Now let’s talk more globally. Why do you think HP Lovecraft has had the effect on the world of literature, pulp and beyond, that he has? What about his work resonates, especially with today’s readers?

LL: I don’t think I can add much to what’s already been said by others. Lovecraft almost singlehandedly moved the weird tale out of the swamp of traditional ghost and vampire stories, and into the cosmos. His personal beliefs wouldn’t have allowed him to dismiss a vampire with a crucifix or lay a spirit to rest with a common exorcism. Things don’t always have explanations, they don’t always turn out well, the universe is a cold and uncaring place.

As far as his life goes, I like eccentrics, and he was certainly that. His story is a sad one, but that is an outside perspective. He seems to have been relatively resigned to his fate and reasonably happy within those limits.

AP: Are there any other pulp concepts that you’d like to work with, to play with as a writer and/or artist? Any established public domain concepts or even, like Lovecraft, other writers you’d like to put your spin on in the future?

LL: Sure. I have an idea for a 30s science fiction comic/novel/whatever that would strive for the feeling John Howitt got in his covers for the Spider and Operator 5. I want to do some short stories for the Shadowmen series from Black Coat Press as soon as a moment frees up, and those will use established characters. And there’s a particular 19th century science fiction potboiler that I want to use as a springboard for a new sotry. But I don’t have any attraction to doing Robert E. Howard is Missing or Clark Ashton Smith on Mars. 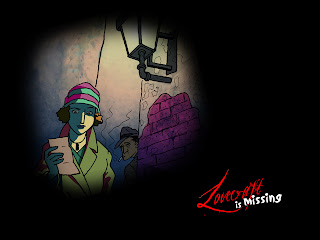 AP: How about original concepts, all freshly created by Larry Latham himself? Anything you have in mind of the original character pulp variety?

LL: It depends on how you look at it, I suppose. I have no ideas that rehash Doc Savage or the Shadow or the Spider or hard-boiled detectives. Those were done right the first time. But the next idea I want to do, which I will probably start as part of my MFA in Creative Writing, is very pulpy in concept, and yet it is not something that would interest any of the new pulp publishers. I’m really excited by it and think it is a strikingly original idea, which means I am not going to say anymore about it.:-)

AP: Here’s an easy one to ask, not so easy to answer. Is pulp relevant today? If so or if not, why?

LL: How are we defining pulp? As a type of story that appeared in actual pulp magazines, or one that appeared in a sleazy 1950s paperback? Do you consider crime dramas like CSI pulp? Are serials pulp? For my money, pulp is very relevant today. 24 was pure pulp from start to finish. (It was also, interstingly, a serial within a serial: each season was a serial in itself, yet each season was a chapter in a larger, 8 season serial.) Fringe strikes me as pulp, though without as much action. Star Wars is pulp, series books are pulp, comics are largely pulp, even romance novels harken back to the love pulps. So yes, I do think it’s relevant today, and will remain so because mass-produced shallow entertainment is always appealing. I don’t mean shallow as a put down, but no one is ever going to mistake Doc Savage for Holden Caufield.

AP: You’re showing off your definite comic skills with LOVECRAFT. Do you write prose as well and if so, which do you prefer and why?

LL: I wrote a young adult novel of which I am very proud, but it was rejected by the two publishers I sent it to. It is an historical novel with no fantasy, and there isn’t much call for that right now. I am working on horror short stories, but frankly, I have barely enough time to deal with my daily life: full-time job, family, night school and the time I put in on LIM.

I don’t know that I prefer either one; some ideas fit one medium better than another.

AP: What work do you have coming up that would interest pulp fans in say, the next year? And feel free to drop any LOVECRAFT teasers you want to…

LL: Well, it’s taken two years and four months to get to the halfway point of the Lovecraft is Missing arc, so unless I want to piss off everybody who has followed the strip thus far, that’s all I’ll be working on for the foreseeable future. The current issue, #4, will end in the early spring –a 50+ page effort, I might add—and then I will have to take a few months off (as I’ve done between each issue) to get ahead on issue 5. I’ve been looking forward to issue 5 since I started, as that is where some of my favorite story points will take place. We’ll learn more about Walter Cow and Luther Fickes, meet a few new original characters and rope in some more of Lovecraft’s own characters as well. We’ll find out more about those missing photographic plates that kicked the whole story off, and more about the Santapau device. I have a chase scene in mind that I think is going to be a triple-ding-doozy, and we might—or might not, depending on space—learn the origin of Dr. Kartophilus.

AP: Larry, it‘s been great! Thanks for taking some time for ALL PULP!