TALES OF THE RED PANDA: THE CRIME CABAL
by Gregg Taylor
Published by Autogyro
167 pages 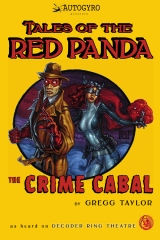 Pulp is such a wonderful field.  It reaches into so many genres, mediums, and individual lives.  And many times those things cross over, in this case mediums.

For those that don't know, a group of stalwart, brave writers and actors have been hard at work the last few years producing top pulp audio for free out here on the wild, wooly internet.  These Canada based combination of great voices, keen storytelling skills, and overall action and adventure tinged with a bit of hilarity, is known by the nomenclature DECODER RING THEATRE!  The driving force creatively behind DRT is an actor/director/writer by the name of Gregg Taylor.  Gregg has provided DRT with their flagship character, one who screams pulp first by his name and then with your first listen of any of his DRT episodes.  That's right, Gregg Taylor is the man behind Canada's greatest mysteryman in the pulp tradition today- THE RED PANDA!

If you've ever heard the audio adventures of the Red Panda and his high kickin', high glidin' female sidekick, the Flying Squirrel, then you will know that translation from the art of the ear to the art of the eye was only a matter of time.  That time came in 2009 with the release of the first TALES OF THE RED PANDA novel-THE CRIME CABAL! 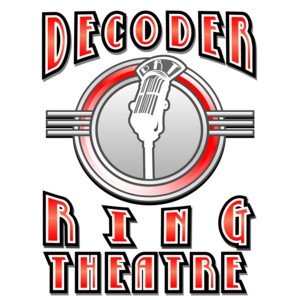 Let me get the synopsis out of the way first-The Red Panda and The Flying Squirrel have very nearly eliminated the organized crime element in Toronto in the 1930s.   With their last collective breath, the few remaining gangsters decide to cross villain lines of a sort and team up with two supervillains to form a crime cabal that even the Red Panda cannot stand against.  Or so they think....

OK, that's it, that's the walnut version of what the book is about.  And that is one of its greatest strengths as a pulp novel.  Its storyline is simple, to the point, and easily explained and understood.  Major points there.  Of course, some would say it sounds like a dozen other pulp tales.  Therein enters the proof that Taylor fills the pudding with.  The unbelievable characterizations that abound in these pages boggle the mind.  The Panda and the Squirrel come to life, both in and out of masks, and jump off the page.  Not only that, but the supporting characters, good and evil, do just what they are meant to-flesh out the story, add color where it is needed, and make this rollicking adventure roll even harder and hit even faster.  Plus, if you're a fan of the DRT episodes before you read this, a great little 'first meeting' of the Panda and one of his best allies is at the center of this tale.

You want fisticuffs?  Snappy repartee?  Gangsters?  Maniacal madpeople?  And a hero who messes with minds, walks on walls, and generally can be where he isn't when you look there?  Then Gregg Taylor deftly delivers above and beyond with this first of his TALES OF THE RED PANDA books.  Go today and find THE CRIME CABAL and get your pulp on!

FIVE OUT OF FIVE TIPS OF THE HAT-This book climbs to that rare pinnacle shared by a few other works as being one of the best executed examples of modern pulp produced today. 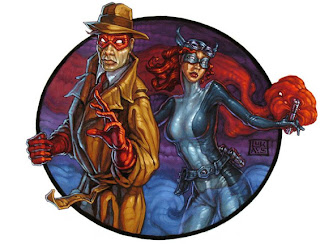