SARGE PORTERA, ONE OF THE SPECTACLED SEVEN, LIVING PULP STYLE!

AP: Sarge, welcome back from your travels within Pulpdom to the ALL PULP HQ for this interview. Before we discuss your journeys, can you tell us a bit about yourself? Just who is Sarge Portera?

SARGE: The first thing I wish to clarify is that “Sarge” is a nickname and not a rank.

My dad nicknamed me Sarge when I was born! My parents couldn't stand the thought of calling an infant Gus. For my first Halloween, Dad had a supply sergeant's uniform made up especially for me! I was devastated when I turned eighteen and was rejected by the US Armed Forces!

Currently, I am the primary caregiver for my wonderful wife, Marci, and put my doctoral studies in curriculum development on hold. I was a classroom teacher from 1974 to 1998; dividing my time between teaching junior high science and Gr..3. From 1978 to 2007 I was a Community Education Director.

When we moved down to sunny Florida I soon discovered that my fellow teachers couldn’t pronounce my first name without making it sound like I was “ailin’!” There was already an “AJ” on staff so my co-workers playfully put it to a vote and “Sarge” won over our principal’s suggestion of “Mr. Belvedere!”

AP: You moderate several groups on face book dedicated to Pulps. Can you list those and give a brief description of each and what you hope to achieve with them?

SARGE: BRONZE PASTICHES is my fb group that hopes to learn more about the high adventure heroes who follow in Doc Savage's footsteps! Currently, BRONZE PASTICHES has over 50 Discussion Boards, each one dedicated to a Doc Savage inspired action hero!

PURPLE PROSE PULP PARADE is my fb group that is dedicated to the preservation & promotion of high adventure, potboilers, pulps & purple prose as a legitimate literary genre!

SGT. PRESTON FAN CLUB is my fb group that’s dedicated to all the Mounties in board games, cliffhangers, comicbooks, miniature, movies, pulps, radio, television and most especially to Dick Simmons and his convincingly compelling portrayal of "Sergeant Preston of the Yukon" on CBS TV in the 1950's!

SILHOUETTE PASTICHES is an fb group that me darlin’ daughter, Alanna, created. Just as Tarzan, Sherlock Holmes and Doc Savage spawn many imitations so does Street & Smith's Shadow. This fb group is dedicated to those masked detectives who bravely battle crime in the shadow of the pulp hero who inspired their authors to create them!

WORLDS OF DOC DIAMOND is another fb group that my daughter created. The purpose of this fb group is to explore the many worlds that Doc Diamond and his Cosmic Chain Gang adventure on including their own earthlike homeworld, Manom!

AP: Just who is Doc Diamond and what is your connection to this little known, but previously published pulp hero?

SARGE: My dad, Albert, and my grandfather, August, created an adventure hero back in the late forties. They named him Doc Diamond and copyrighted him under the name of A.J. Portera. Doc Diamond's thirteen adventure mysteries were published by their little Christian publishing house, The Olive Press.

AP: You are most definitely a Pulp fan, probably one of the fan-iest. That begs the question-Why? What appeals so much to you about the Pulp genre, in general or specific, to make you so dedicated to it?

SARGE: My grandfather believed he was rescued by a ship’s captain who strongly resembled Doc Savage! My dad & grandfather were big fans of the Shadow, both on radio & in print! I happily remember how they would always tune in a radio station that played the old classics like “The Lone Ranger” & “The Shadow” anytime we were driving with them. They both enjoyed “Planet Stories” & “Planet Comics!” They naturally shared their interest in ALL things PULP with me & that’s why I’m a third generation pulp fan!

AP: You are one of the Spectacled Seven at ALL PULP. What do you see the mission of ALL PULP being? And how is it being one of the Seven?

SARGE: I believe that ALL PULP’s mission shares the goal of my PURPLE PROSE PULP PARADE fb group which is dedicated to the preservation & promotion of pulps as a legitimate literary genre!

I am humbled by being included as one of the ALL PULP Spectacled Seven! I’m relieved that I share the responsibility of promoting the many facets of pulpdom with six very affable & capable gentlemen!

AP: You’ve done your share of ALL PULP interviews. Why is it important to fans that writers and artists be interviewed? What do you see as being the benefit of pulp creators revealing their processes, techniques, etc?

SARGE: I strongly believe that there’s a pulp story inside of each one of us! In our quest, sometimes over a lifetime, we meet singularly courageous individuals who have put pen to paper & have either had a pulp story published or have taken a different path & visualized the pulp in some respect with their artistry! It’s not so much like a magician revealing the secrets behind his legerdemain as much as it is a friend sharing their lively experiences with others!

AP: What about your columns at ALL PULP? They are definitely original and unique. Can you share about each of them with us, both what has appeared and what is coming?

SARGE: My ALL PULP participation has included my ongoing contributions to our website’s interviews, panels, reviews & my following columns & series:

BEHIND THE PEN & MASK is my ALL PULP column that looks into the lives of the many unsung pulp writers who wrote under a house name or pseudonym. My hope is to shed some light on those writers who entertained us through their lasting contributions to pulp literature & popular culture.

INSIDE SUPREME is my ALL PULP column that takes a look behind the scenes allowing us to tour & compare the secret headquarters of our favorite pulp heroes & villains. 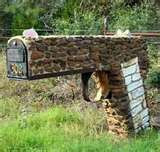 WEAPONS OF CHOICE is an ongoing tour, written in a living pulp style, of an exclusive “sportsmen” club where any self-respecting high adventurer can test their latest gas gun or grappling hook!

AP: You are not the only one with the last name Portera who is a pulp fan. Your daughter shares your passion for all things pulp. How did that happen and how is it to have someone in your family to share this love you have for fiction?

SARGE: Marci, Alanna & I are all bibliophiles who would rather read than eat! Sometimes, I think the best home for us would be an old library! Marci’s mom was a bookstore manager in an upstate NY shopping mall for years! Alanna’s interest in mystery novels began when she read all the “Clue” novelizations. From there she read most, if not all, of Rex Stout’s Nero Wolf mysteries. She’s an avid Stuart Woods fan & created her own fb groups: SILHOUETTE PASTICHES & WORLDS OF DOC DIAMOND based on her own interests in pulps! Alanna was a journalism major who began writing when she was in elementary school. The first mystery she wrote featured Yvonne Yam, a vegetable detective Alanna grew in a beaker! In high school Alanna wrote her own teen soap opera that was at least 500 pages in length! So, if I’m a 3rd generation pulp fan that makes her a 4th generation pulp enthusiast!

AP: You definitely have an unique way of presenting yourself, almost as if you are a character from one of the stories you love to read. Is this who you are every day or simply a character you adopt? Where does the Sarge that everyone knows and loves, the wild man of words and language and pulp come from?

SARGE: I’m a familiar stock character that peppers the pulps! I’m that lovably eccentric “go to” guy that the protagonist relies on as a force for oddball information & encouragement.

The first essay I ever wrote was on ecology and the balance of nature at the age of nine! Soon after, I wrote a handbook all about dragons!

If you’re living the pulp life style & speak pulp than you understand what I‘m all about!

AP: What does the future hold for Sarge Portera as far as Pulp is concerned? Any stories in you waiting to get out?

SARGE: Alanna & I are attempting to locate a complete set of Doc Diamond stories. There’s a lot of fascinating background material that we’ve already found. If all else fails we hope to piece together the 13 stories from the rough drafts & notes that we’ve discovered so far, including summaries of the 13 Doc Diamond novelettes that my father & grandfather published.. 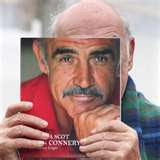 While we're looking for the 13 original Doc Diamond mystery adventures I'm also looking for my own notebooks that are packed with "Christopher Penstock and the 12 Cities of the Zodiac!" I wrote it as a tribute for my dad and grandfather when I was in high school! Imagine my dismay when these two part-time evangelists initially flipped out when they thought I was draping my pastiche of their action hero in the horoscope! Once they calmed down and read them, my grandfather said he got a "hoot" out of it while my dad was closer to the mark when he asked, "Do our Doc Diamond stories read that much like travelogues?" I was just tickled and releived that they took the time to read my attempt at pulp fiction!