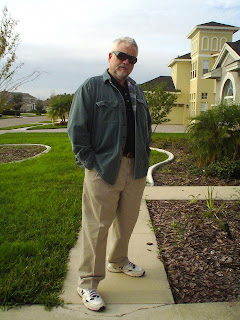 AP: Tell us a little about yourself and your pulp interests.

CD: If you want to know the history of comics you have to go back to the newspaper strips and the pulps. Those are the parents of the comic book. In the 70s they were reprinting a lot of stuff so I got to sample G-8, the Shadow, Conan, Captain Future and lots of other classic pulp characters.

AP: What does pulp mean to you?

CD: Story. Story. Story. Pulp is pure plot advancement and action. No pretense to literature or art. Pulp has become our literature. Lost is pulp. What you see on the bestselling book lists is all pulp. Most of our movies are pulp. But there’s art there nonetheless. Cormac McCarthy is literary pulp.

AP: You are known as a writer of comic books and pulp stories. How did you get your start and what was your first published work in each?

My first paying work was for an awful Heavy Metal rip-off called Gasm. That was like 1978. I futzed around on the edge after that for a few years and then got a break on Airboy and Savage Sword of Conan almost simultaneously. My first pulp thing was a Kolchak story for Moonstone.

AP: You have worked on short prose tales for Domino Lady and The Spider Chronicles. What draws you to these shorter stories and can we expect to see more short pulp from you in the future?

CD: What draws me to short stories is my fear of working in prose. I only wrote those stories because Joe Gentile at Moonstone dared me. The idea of writing a long form novel is intimidating to me. I’m a comic book writer through and through. The only reason I would turn to writing prose full time would be out of desperation. And wasn’t that what drove most pulp writers?

AP: Mixing comic books and pulp has brought some interesting characters to the masses. Airboy was one of those characters. How did you come to be associated with Airboy? What is it about this character that continues to thrill readers?

CD: I think there’s a core improbability to the character that’s appealing. Here’s this kid with this ridiculous plane who gets to kill bad guys in the name of his country. No parental supervision and he winds up with one of the hottest characters in comics as his girlfriend. Pure wish-fulfillment fantasy.

AP: You’ve written many comic books and are often associated with the Batman family of titles as well as kick starting one of my favorite titles, Birds Of Prey. What is it about writing comics that keeps you coming back for more and are there any areas in comics that you’ve not worked in that you would like to try your hand?

CD: I dream of writing an ongoing daily strip. Though, these days, that’s like dreaming of being a radio scripter.

AP: What, if any, existing pulp or comic book characters would you like to try your hand at writing? 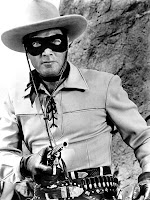 CD: Fantastic Four, the Jetsons and the Lone Ranger. The Shadow would be fun. I actually got to meet Walter Gibson. What a workhorse that guy was! And a self-effacing gentleman to talk to. Probably the first real writer I’d ever met. Also, the Lone Ranger. And any of the Edgar Rice Burroughs characters.

AP: Who are some of your creative influences?

CD: Aw, anything. I’m a very eclectic reader. Anything from Jim Thompson to P.G. Wodehouse. In comics my biggest influence was Archie Goodwin. A massive talent a mentor to me when I was trying to break in with my weak efforts. Stan Lee as well. Charles Schulz to a great extent and Larry Hama who was my first editor at Marvel and really helped me polish my craft for the bigs.

AP: It’s understood that pulps inspired many comic book creations. Are pulps still a viable source of comic book inspiration or are the two more or less influencing/encouraging one another now idea wise?

AP: What does Chuck Dixon do when he’s not writing?

CD: I’m always writing! Naps are nice. I enjoy walking and getting to the shooting range when I can.

AP: Where can readers learn more about you and your work?

CD: My website at either dixonverse.net or thedixonverse.com. Lots more about me there and a message board I frequent.

AP: Any current or upcoming projects you would like to mention? 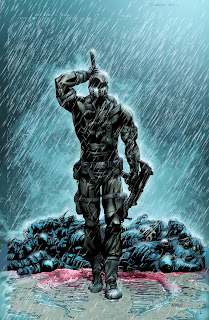 CD: For lovers of pulpy SF, I have a new Alien Legion mini-series coming out soon from Dark Horse. Larry Stroman on pencils and Carl Potts inking. Fun stuff. I’m also on two GI Joe titles including Snake Eyes new monthly coming in May. And I’ve written some scripts for a new Spongebob Squarepants comic from Bongo.

AP: Are there any upcoming convention appearances or signings where fans can meet you?

CD: Nothing in the foreseeable future.

AP: And finally, what advice would you give to anyone wanting to be a writer?

CD: You won’t be working for publishing houses, you’ll be working for people. Your rapport with your editor is the most important working relationship of your life. Rather than schmooze your way into work, find editors you have something in common with; share a common goal with. It makes life easier. For both of you.