The Root of the Wold Family Tree:
A Speculative Examination of Philip José Farmer’s Quest
By Dennis E. Power
In the summer of 2009, the author of this piece was part of a team who had the enviable and unenviable honor of helping the heirs of Philip José Farmer gather together his papers. The task for enviable for both the honor bestowed but also for the great delight of sorting through these treasures; it was an unenviable chore mainly for in doing so was one final sign that we were saying good bye to our friend. Yet it was also unenviable because although many of his papers were filed and sorted, many were in disarray and scattered about in various boxes.
As we were bundling together these papers for the family, I saw some scraps of information, which I believe, coupled with various conversations I have had with other acquaintances of Phil Farmer, can shed light one of the mysteries that has puzzled Farmerian scholars. Please be aware what follows is highly speculative.
On a meteorite landed in the near Wold Newton, . As it passed over the English countryside two coaches filled with travelers were caught in the ionization trail of the meteorite and unknowingly became the recipients of various beneficial mutations such as increased intelligence and physicality.
Philip José Farmer revealed the existence of the Wold Newton family in Esquire Magazine in April, 1972. This was in an article published under the title of “Tarzan Lives / An Interview with Lord Greystoke”. This article was an introductory preview of his forthcoming biography of Lord Greystoke, Tarzan Alive. It revealed that Tarzan was a member of the Wold Newton Family, which consisted of the descendents of the travelers ionized by the meteorite. 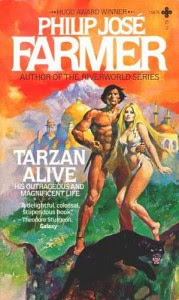 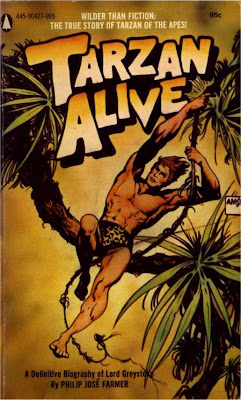 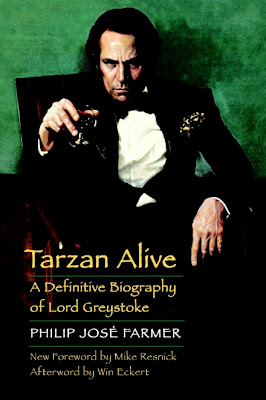