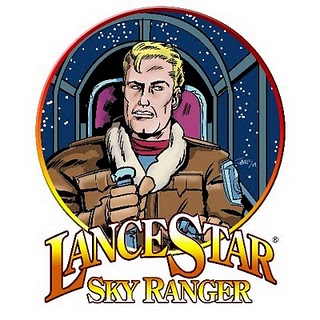 Character Written and Profile Completed by Bobby Nash
1. Lance Star: Sky Ranger’s secret identity is...?
Lance Star. Lance and his team do not hide their identities. Their many exploits have even garnered them something akin to celebrity status thanks to their repeated appearances in newsreels. Some call them heroes. They call themselves Sky Rangers. 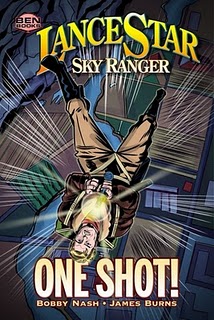 Lance Star is a top-notch pilot, an Air Ace. Lance owns and operates Lance Star. Inc. and Star Field, which builds custom aircraft. When he was a child, Lance and his father, Landon Star traveled the world on one adventure after another until Landon one day flew off alone and was never heard from again. Lance continues his father’s legacy of exploration and adventure. 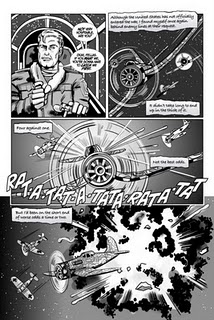 Flying, being elbow-deep inside the engine of an airplane, spending time with the lovely Betty Terrel, reading pulp novels, and going on adventures with the Sky Rangers.

8. Lance Star: Sky Ranger dislikes...?
Being told what to do, politics, and Nazis. He really hates Nazis.

10. Lance Star: Sky Ranger’s greatest fear is...?
Losing another of his pilots. The loss of young pilot and sky Ranger in training, Skip Terrel was a terrible blow to Lance, one from which he almost did not recover.

11. Lance Star: Sky Ranger’s favorite food is...?
Steak and potatoes washed down with a beer or a soda. 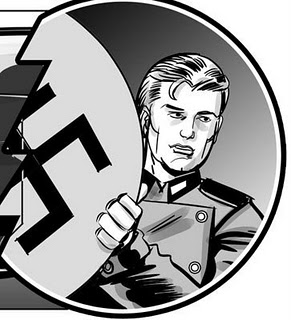 12. If Lance Star: Sky Ranger couldn't be there to save the day, the person he'd pick to take his place is...?
Lance would certainly trust any of the other Sky Rangers to save the day. If they weren’t available he would probably call on Bill Barnes, Captain Midnight, or Niles Isburgh.

13. Free-for-all-Say anything, in ten sentences or less, you want about your character. That would be...?
Lance Star and his Sky Rangers love a fun adventure and they would love to have you tag along with them on their next one, coming soon to a bookstore near you.

14. Links for more of Lance Star: Sky Ranger include...?
www.lance-star.com
http://bobby-nash-news.blogspot.com/
Posted by All Pulp at 6:23 AM