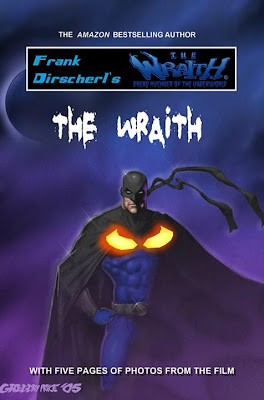 New Pulp Publisher, Trinity Comics has announced that Frank (Lance Star: Sky Ranger) Dirscherl’s debut novel, THE WRAITH, is now available to buy (in paperback) in a new revamped and represented edition. This is the first novel in The Wraith novel series.

About Frank Dirscherl’s The Wraith:
In a world not far removed from our own, a city lies ravaged. Crime overruns its streets, its citizens are

helpless. Crime-lord Robert Latham, to the world at large a legitimate businessman, holds the city in his sway. Fear and intimidation rule throughout. One man stands above the rest, willing to fight for freedom. That man is The Wraith. The Wraith, the city's bogeyman, is known to exist only by a very few, and seen by even fewer. Those that do know of him, especially Latham, know to fear him, for his fury at those who commit evil knows no bounds. By day, The Wraith is the reclusive millionaire Paul Sanderson, a man more mysterious and less seen than his night-time counterpart. Sensing the desperation of Latham and that his own time may be limited, Sanderson readies a replacement--Michael Reeve, an honest cop drawn inexorably into a world he may not be ready for. Can the new Wraith save his city even while he struggles to save his own soul? 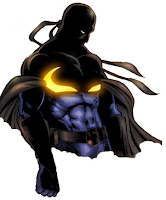 Frank Dirscherl (b. 1973) is a professionally certified library technician and has been working in libraries since 1992. Over the years he has also covered and packed books and other material for a book wholesale company, worked as a data assistant at an ENT surgery and as a lecturer to children on the merits of the comic book. His written work includes The Wraith (filmed in 2005), Valley of Evil, Cult of the Damned, the non-fiction The Wraith: Eyes of Judgment - The Official Script Book & Movie Guide (with

Stephen Semones) and more. He lives on the south coast of NSW, Australia with his wife, where he’s currently working on his fifth Wraith novel amongst other works of fiction.

For more information on The Wraith and Frank, please visit www.trinitycomics.com and www.frankdirscherl.com