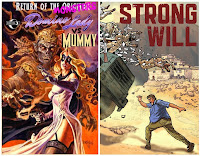 Some comic books featuring work by New Pulp Creators Milton Davis, Mark Maddox, Nancy Holder, and Bobby Nash (among others) made a brief (and we mean brief so don't blink) appearance on the July 24th episode of Necessary Roughness called "The Haunting." In the episode, Dr. Dani Santino (Callie Thorne) tries to help an author with his writer's block. During the story they end up in a comic book store where the comics were seen behind the counter. 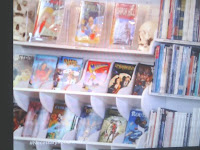 Special thanks to Tony Cade at Dragon's Horde comic shop for inviting some of New Pulp's finest to add their comics to the scene, which was filmed at Atlanta's Oxford Comics.

The photos were taken directly off the TV so they are a little blurry as they were behind the character who was in focus, but you can still make out the cover art.

New episodes of Necessary Roughness air Wednesdays at 10 pm on the USA Cable Network. The comics above are on the left side of the screen shots. 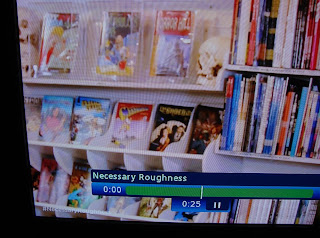 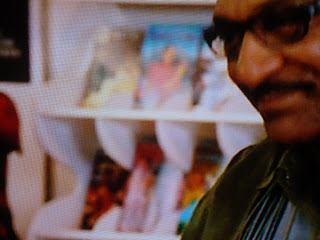 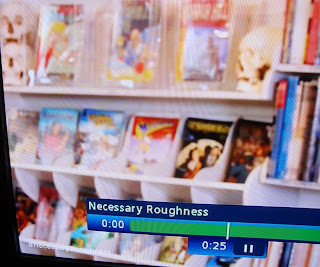 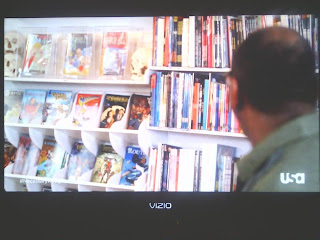 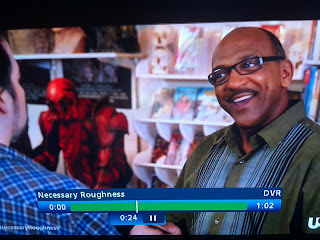 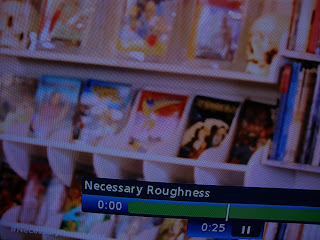 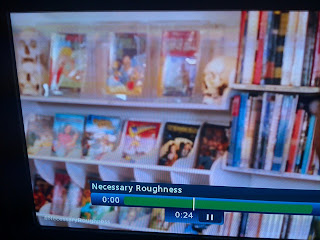