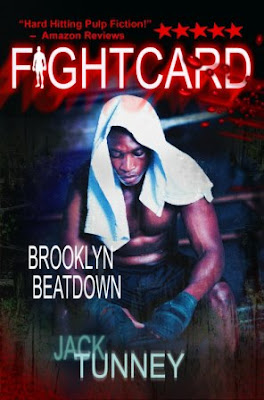 Bare knuckler brawler Levi Kimro battles his way through the bloody backroom ghetto bars of Brooklyn in pursuit of his dream of owning his own business. It’s a hard and vicious road he walks and it becomes even more complicated when he falls hard for the electrifying Dorothea McBricker.

Dorothea’s brother, Teddy, has fallen under the influence of notorious gangster Duke Williamson – a powerful man who is pressuring Levi to join his stable of fighters or face off against the human killing machine, ‘Deathblow’ Ballantine. A knock-down, drag out, Brooklyn Beatdown is brewing, and Levi will need every ounce of his fighter’s heart if he wants to save not only himself, but the woman he loves…

Posted by BobbyNash at 1:22 PM