MOONSTONE MONDAY-THE CONCLUSION OF A TALE OF THE PHANTOM!

THIS WEEK ON MOONSTONE CLIFFHANGER FICTION-

Moonstone Books and ALL PULP are proud to present a jungle action adventure tale from MOONSTONE CLIFFHANGER FICTION featuring Lee Falk's THE PHANTOM! This is another slam bam tale by Mike Bullock, longtime writer of THE PHANTOM for Moonstone and current writer of BLACK BAT, SAVAGE BEAUTY, and creator and writer of DEATH ANGEL! This tale can be found in the THE PHANTOM: GENERATIONS trade paperback available from Moonstone at http://www.moonstonebooks.com/

Let ALL PULP know what you think of MOONSTONE CLIFFHANGER FICTION on the Comments Page!!!
FINAL ROAR
BY MIKE BULLOCK
Character created by Lee Falk 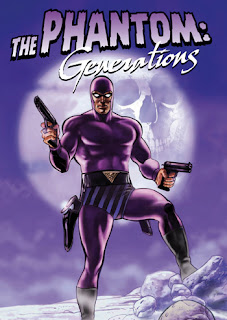