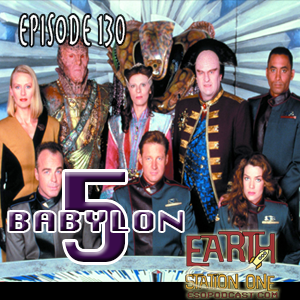 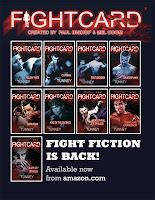 The Earth Station One podcast straps real life crime fighter and New Pulp Author Paul Bishop into The Geek Seat and talk about the Fight Card series of pulp novels.

The ESO crew also travels back to Neutral Territory as we complete our look at the groundbreaking television series, Babylon 5 with special guests Josh Wilson and New Pulp Author Van Allen Plexico. It was the dawn of the third age of mankind and the beginning of a new era of television. Join the ESO crew for an in-depth discussion of the last of the Babylon stations. The year is 2012. The place: Earth Station One. Also, get the lowdown on the upcoming Nashville Comic and Horror Convention from convention promoter, Marc Ballard.

Join Earth Station One for the episode they like to call: Traveling back to Neutral Territory to Babylon 5 at www.esopodcast.com.
Direct link: http://erthstationone.wordpress.com/2012/09/27/earth-station-one-espisode-130-traveling-back-to-neutral-territory-to-babylon-5/

Posted by BobbyNash at 1:47 PM