DYNAMITE GETS PULPY IN DECEMBER

Dynamite Entertainment's full December 2012 solicitations will be released soon, but the publisher has released a limited number of first looks at some of their pulpy offerings. Comic book shops and bookstores are pre-ordering these titles now to be in store in December. If you want your local shop to carry these titles, please let them know now.

Join pulp heroes like Green Hornet and The Shadow, pulp warriors like Dejah Thoris, the Lord of the Jungle, the Lone Ranger, and Red Sonja as they battle the forces of evil this December. Click on covers for a larger view. 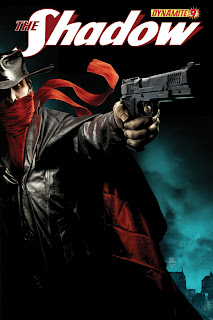 THE SHADOW #9
32 pages FC • $3.99 • Teen +
Written by Victor Gischler
Art by Aaron Campbell
Covers by Alex Ross (25%), Michael Golden (25%), Tim Bradstreet (25%),Francesco Francavilla (25%)
Revolutionary Part 2 (of 4) - The Shadow finds himself face to face with George Orwell smack dab in the middle of the Spanish Civil War, but his mystic powers fail to illuminate what significance this literary legend holds for the world. No time to figure that out! The Shadow's campaign against a murderous gang of gun runners takes him on a tour of Barcelona's underbelly where he meets the beautiful and dangerous Black Sparrow! But is he really an old friend in disguise? Pause to ponder that and you might miss the deadly dogfight over the Spanish countryside. Pack a parachute, Shadow, because you're going to need it! 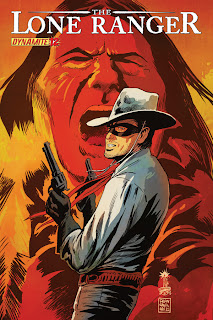 THE LONE RANGER VOL 2 #12
32 pages FC • $3.99 • Teen +
Written by Ande Parks
Art by Esteve Polls
Cover by Francesco Francavilla
The epic conclusion of the Native Ground arc. The Lone Ranger has traveled through Indian lands in search of a healer for his friend Tonto. Now, the healer has been found, and she is not at all what the Ranger expected. Has the Ranger come all this way just to watch his friend die? The battle for Tonto's life and soul will be resolved. Your understanding of this iconic character will be forever changed. 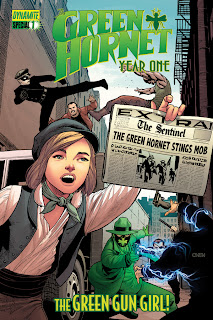 THE GREEN HORNET: YEAR ONE SPECIAL #1
40 pages FC • $4.99 • Teen +
Written by Nate Cosby
Art by Ariel Padilla
Cover by Sean Chen
Ruby's thirteen. She sells newspapers for pennies. And she's got The Green Hornet's gun. Will Hornet and Kato find Ruby before the mob does...or can THE GREEN GUN GIRL save herself? The original Green Hornet in a super special tale from writer Nate Cosby (Cow Boy)! 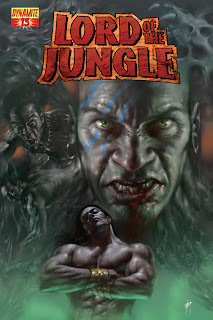 LORD OF THE JUNGLE #13
32 pages FC • $3.99 • Mature
Written by Arvid Nelson
Art by Roberto Castro
Cover by Lucio Parrillo
The savage ape-man clashes with Russian super-fiend Nicholas Rokoff in the shadow of the legendary city of Opar. Don't worry! It's only the fate of the free world hanging in the balance. Rokoff is holding the ape-man's true love hostage, and he won't hesitate to kill her. But wait – the savage denizens of Opar are out for vengeance following the ape-man's escape from their clutches, and they could ruin everyone's plans. Lord of the Jungle #13: Through the Valley of the Shadow! 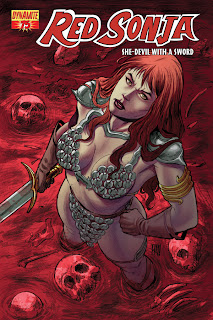 RED SONJA #75
32 pages FC • $3.99 • Teen +
Written by Eric Trautmann • Art by Marcio Abreu
Covers by Mel Rubi (cover A), Erik Jones (cover B), Walter Geovani (cover C)(Fans - each cover has it's own UPC so you and your retailers can order the Special Anniversary Covers of your choice!)
SPECIAL ANNIVERSARY ISSUE!
On the snowy steppes of Hyrkania, Red Sonja faces off against an army bent on crushing her homeland. Old scores are settled, alliances are broken, and rest assured, with the She-Devil With A Sword entering the fray, blood will surely flow. 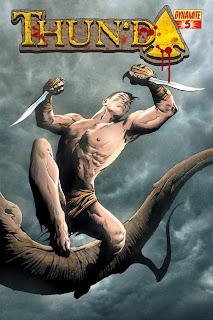 THUN’DA #5
32 pages FC • $3.99 • Teen +
Written by Robert Place Napton
Art by Cliff Richards
Cover by Jae Lee
The war with the Monkey Men reaches a climax as Roger Drum calls upon a dangerous power to defend Pha and the Shareen against the ruthless incursion of the talking primates! The concluding chapter of Thun'da's first adventure! THE FINAL ISSUE! 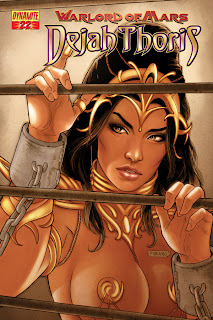 For a full listing of Dynamite’s October Release, visit them at www.dynamite.net.