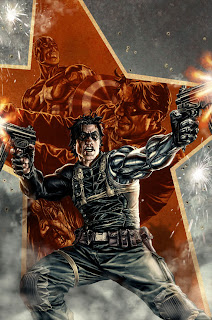 Marvel Comics has announced an ongoing Winter Soldier series by Ed Brubaker and Butch Guice to launch in February with covers by Lee Bermejo.

"I knew 90 percent of the angry 'You killed Bucky' fans were fans who were upset that I brought him back in the first place who I had won over," Brubaker said. "Hopefully I will be able to win them back again." 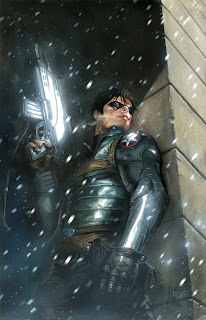 The series will touch on Bucky's history from the Cold War and will feature Black Widow, and, to a lesser degree, Nick Fury.
Posted by BobbyNash at 11:11 PM