HANCOCK TIPS HIS HAT AND HEARS THE VOICE OF ODIN! 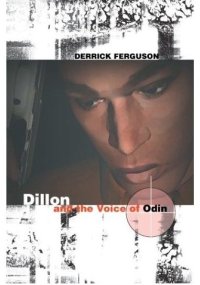 I read a lot, always have.  I read a lot of Pulp, Pulp of all varieties and all stripes and eat it up like a jungle explorer lost in a desert who finished off his last camel three weeks ago.  Most of what I read I like, a fair piece of it I thoroughly enjoy, but very rarely do I find something that I absolutely cannot put down, that sends me into withdrawals when I step away from it, that just completely changes my view on what good stories can be  I've reviewed a couple of those types of tales here, but its rare.

Well, here's another one

Derrick Ferguson's DILLON AND THE VOICE OF ODIN is one of the best pieces of New Pulp literature I have ever read.   The lead character is draped in all the trappings and traits of classic Pulp icons while having enough of his own wrinkles and scars to make him a thoroughly modern protagonist.   The pacing is relentless, starting off with a seemingly day in the life of scene for Dillon which blossoms into the lead-in to a world spanning, body count multiplying, gadget filling adventure that doesn't allow a reader, even a seasoned one like me the chance to catch his breath.

The plot is that Dillon, an adventurer who is both sought after positively by those in need of his services and wanted by almost every agency in the world with a badge and letters in its name, does a friend a favor and retrieves a ring.  This ring is the key to an invention that could save or destroy the world.  Odin, the holder of said invention, as well as multiple other interested parties come after Dillon for the ring and madness and murderous mayhem ensues from there.

The best parts of this book concern Ferguson's characters and his turn of phrase.  He creates such a wide panorama of characters, people who in no way should exist in what we think of the real world, yet he makes them believable, flawed, and likable, even the evil ones.   That combined with his ability to wrap words around a single concept and turn into an explosion of description, narration, and thought provoking exposition, not only once or twice but on almost every page, makes DILLON AND THE VOICE OF ODIN  a pure New Pulp delight to read!

FIVE OUT FIVE TIPS OF HANCOCK'S HAT-The finest kind.
Posted by All Pulp at 8:39 AM