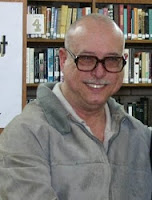 New Pulp Author Tom Johnson has posted information on his latest projects on his blog.

From Tom's Blog:
Over the years I’ve written new stories featuring many of the original pulp characters, as well as some in the new pulp tradition. If you are a fan of any of these character, you might be interested in my short story collections from Altus Press www.altuspress.com/ and NTD www.bloodredshadow.com/ These are available also on Amazon, plus I may have a few copies on hand if you would rather get them from me at fadingshadows40@gmail.com 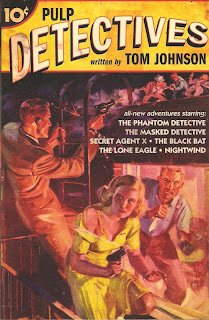 PULP DETECTIVES, available from Altus Press and Amazon, $24.95: Nine all-new stories starring the classic pulp heroes of the 1930s, featuring the following characters, written by pulp scholar Tom Johnson, it’s nearly 350 pages of excitement:
The Phantom Detective in “Satan’s Minions”
The Black Bat “Murder Under The Big Top”
The Lone Eagle in “The Nazi Spider Staffel”
The Masked Detective in “The Masked Detective’s Deadly Trail”
Secret Agent X in “The Spider’s Web”
The Black Bat in “Guns of Vengence”
The Phantom Detective (sort of) in “Fangs of Death”
Nightwind in “Mystery of Haunted Range” 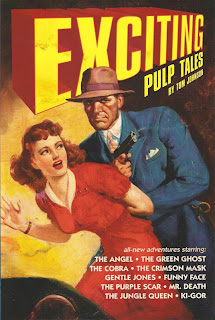 EXCITING PULP TALES, available from Altus Press and Amazon, 24.95: The exciting sequel to Tom Johnson's 2010 anthology, PULP DETECTIVES, brings you ten more all-new stories featuring classic pulp heroes:
The Angel in “The Devil of A Case”
The Green Ghost in “The Case of The Blind Soldier”
The Cobra in “Curse of The Viper”
The Crimson Mask in “The Mask of Anubis”
Gentle Jones in “Nazis Over Washington”
The Purple Scar in “The Skull Killer”
Funny Face in “The Star of Africa”
Mr. Death in “Coffins of Death”
The Jungle Queen in “Jungle Terror”
Ki-Gor in “The Lost Valley of Ja Far” 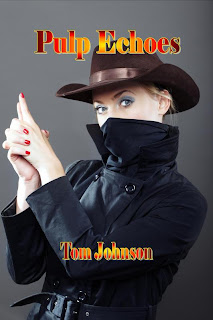 PULP ECHOES, available from NTD and Amazon, $15.50: Seven new stories in the pulp tradition, both new and original characters:
The Bat in "Blind As A Bat"
The Crimson Clown in "The Crimson Clown – Killer"
Nibs Holloway battles Dr. Death in "Till Death Do Us Part"
The Black Ghost in "Carnival of Death"
Captain Anthony Adventure in "Terror In The North Country"
The Black Cat in "A Cat Among Dogs"
Senora Scorpion in "Senora Scorpion" 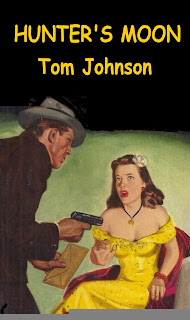 HUNTER’S MOON, featuring the Moon Man in his best adventure since Frederick C. Davis. With the police closing in on Angel’s hideaway, the danger for the Moon Man may be escalating for Great City’s Robin Hood. To compound matters, tragedy strikes closer to home. This time, he will not be able to provide help to someone close to him. Sergeant Steve Thatcher, seeing the people struggling to survive, dons the mysterious garments of the Robin Hood thief to relieve the filthy rich of their ill-gotten gains to be distributed among the poor by ex boxer Ned Dargan. When they come up against an illegal weapons manufacturer masquerading as a toy company, his fiancé is taken prisoner by criminals and he must not only remove them of their money, but put a stop to their weapons sale overseas. $1.99 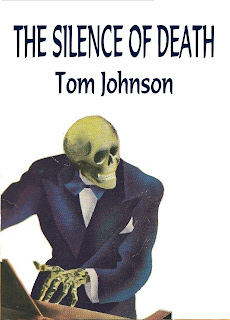 IN THE SILENCE OF DEATH, Colonel Jeremiah Custer’s Wild West Show comes across murder in a small Texas town. A mystifying murder mystery ensnares the famous criminologist and sharpshooter, Colonel Jeremiah Custer when his team encounters a young boy accused of mayhem. The lad cannot deny the charges for he can neither hear nor speak. The scientific brain of the greatest man hunter is put to task as he attempts to unravel this new crime! The ex intelligence officer puts his scientific brain to work to prove that the deaf mute boy is not the killer. Follow Colonel Custer and his aides as they unravel this deep mystery, and bring to justice this evil murderer. $1.99 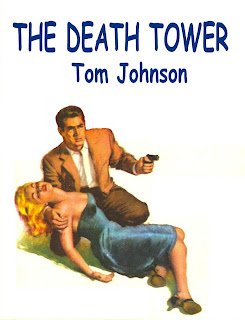 THE DEATH TOWER. Secret Agent X is back in The Death Tower. What could a German agent be after in America? During Secret Agent X’s recovery at the Montgomery Mansion after the battle with Zerna’s drug gang in 1937, Betty Dale falls into a trap while following a suspect and is captured by a German Spy. Her whereabouts are unknown, and indeed, it’s not known if she’s even alive. Although the Agent hasn’t fully recovered from his previous battle with Zerna and the underworld, it’s imperative for him to locate and rescue the girl. For Betty Dale is more precious to him than anything in the world. If she has been harmed, he will exact vengeance on those responsible! $.99