Two Companies known for independent creations and innovative storytelling in two different media combine their ideas and creators together for one fantastic series of books!  Pro Se Productions, a leader in New Pulp and Action/Adventure Fiction, and Heroic Publishing, a force in independent comics since the mid-1980s, have announced that beginning in 2013, new adventures as well as adaptations of past comic books featuring Heroic flagship characters Liberty Girl, Flare, and Eternity Smith will be written and published by Pro Se!

Tommy Hancock, Partner and Editor in Chief of Pro Se stated, “Pro Se is always interested in crafting new tales of concepts that deserve them and the universe that Heroic Publishing has created more than qualifies.   Eternity Smith is a character that has always occupied a space in my comic collection, and one of those that I’ve always wanted to take a crack at writing.   Thanks to the effort of Pro Se Submissions Editor Barry Reese and the man behind Heroic, Dennis Mallonee, that dream is coming true.   Not only with Eternity Smith, but with two stellar heroines from Heroic:-Flare and the Liberty Girl!” 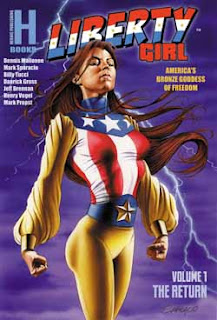 Liberty Girl, a World War II heroine ripped from her glory days and rocketed forward in time to today, where she’s needed more than ever!   Flare, fashion model and brightly shining super heroine!  Eternity Smith, time-tossed scientific genius fighting against a future full of horror!  These legendary characters from Heroic will be featured in prose novels and anthologies, both adapting past comic work into prose as well as new stories, written by some of today’s newest and best talents in New Pulp! 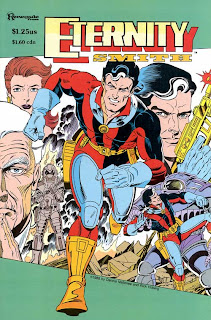 “Some writers,” Hancock said, “have already been attached to specific projects.  Others have been approached.  There will also be opportunities for open calls as well, to bring in writers who have an interest in these characters.   And after the first year, there exists the possibility of bringing even more Heroic characters into HEROIC PROSE!, the Pro Se/Heroic line , such as the Champions and other popular characters.” 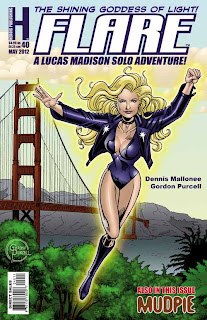 The first Heroic Prose book is scheduled for early 2013, an adaptation of the first Liberty Girl comic book by noted author Barry Reese.  Hancock will be helming an adaptation of as well as new tales of Eternity Smith.  Other titles will be announced as they become reality for 2013 and beyond.

Heroic Publishing- www.heroicmultiverse.com
Posted by All Pulp at 12:28 PM