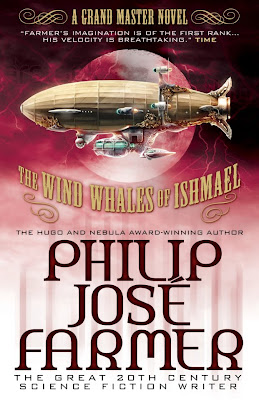 The great white whale with its strange passenger, and the strangled monomaniac its trailer, had dived deeply. The whaling ship was on its last, its vertical, voyage. Even the hand with the hammer and the hawk with its wing nailed to the mast were gone to the deeps, and the ocean had smoothed out the tracks of man with all the dexterity of billions of years of practice. The one man thrown from the boat swam about, knowing that he would soon go down to join his fellows.

And then the black bubble, the last gasp of the sinking ship, burst. out of the bubble the coffin-canoe of Queequeg soared, like a porpoise diving into the sky, and fell back, rolled, steadied, and then bobbed gently. The porpoise had become a black bottle containing a message of hope. 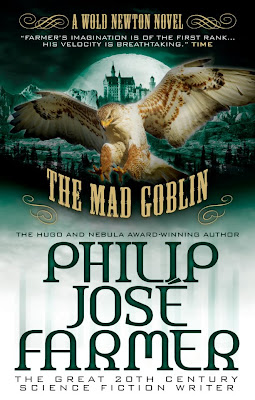 Three figures moved in and out of the shadows of clouds and trees. The moon was riding high over the alpine mountain of Gramz in the Black Forest of southern Germany, only a few miles from the Swiss border. Long black clouds raced under it like lean wolves lashed by moonlight beams. Their shadow selves loped over the precipitous western side of Gramz Berg, bounding over the squat and massive stone pile of the castle on top of the mountain, writhing down the jagged slope toward the narrow sheen of the Toll River two thousand feet below.

The three figures were men toiling up the rock-strewn, pine-dotted slant. One was six feet seven inches high. He had the body of a Hercules. His bare head glinted dark-bronzish in the moonlight. If there had been more light, his eyes would have been a very light gray-green with many flecks of bright yellow. 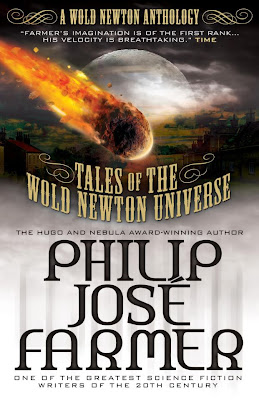 TALES OF THE WOLD NEWTON UNIVERSE, by Philip Jose Farmer and others, coming from Titan Books in October 2013! 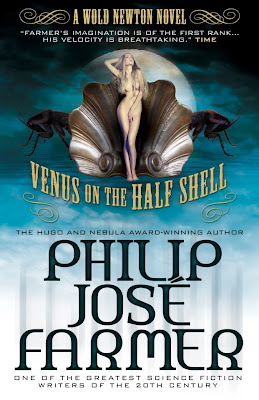