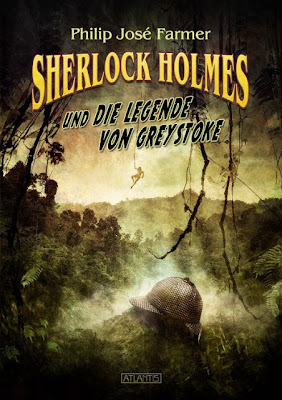 From www.winscotteckert.com--
With a tip of the hat to Rias Nuninga at the Philip José Farmer International Bibliography site, I'm pleased to reveal the cover for the new German edition of Farmer's Wold Newton novel The Adventure of the Peerless Peer.

I'm very happy to report that the afterword I penned for the Titan Books reissue (The Peerless Peer, June 2011) has also been translated and will be included in the German edition. The foreword is by Christian Endres and the new cover is by Mark Freier.

The book will be available in hardcover, softcover, and eBook.

Posted by BobbyNash at 5:41 PM