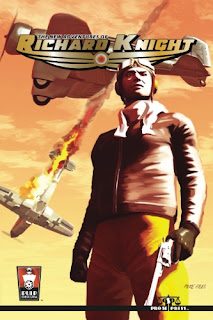 Pro Se Productions, a leading Publisher in the New Pulp Movement, announces today the release of the first collection from its PULP OBSCURA line.  Pro Se, in conjunction with Altus Press, noted Publisher of Pulp reprints as well as the home of Will Murray’s new Doc Savage novels, developed the PULP OBSCURA line to spotlight characters from the classic days of Pulp Fiction that are considered unknown or rare in the modern era.
“This concept,” stated Tommy Hancock, Partner in and Editor in Chief of Pro Se, “is really the brainchild of Altus Press’ founder and publisher, Matt Moring.  He saw the potential in many of the characters he plans to reprint the original adventures of via Altus Press to be used in new stories by modern day writers.  The characters he and I discussed are in the Public Domain and therefore free writers to tackle and publishers to print.  Out of that rose PULP OBSCURA, a name I’d come up with a year or so ago out of my own thoughts of one day focusing on rare characters that most people, even the hardcore Pulp fans, don’t know exist.”
The first PULP OBSCURA volume is THE NEW ADVENTURES OF RICHARD KNIGHT.   The title character originally appeared in FLYING ACES Magazine in the 1930s and was written by Donald E. Keyhoe, an author known later in his career for his writing on UFOs.   Appearing in numerous tales into the 1940s, Knight was considered a flying detective type, an agent of the government who used the cover of millionaire flyboy to investigate plots, usually those involving things such as lost valleys or other oddities, against America.
As stated on the book itself-
From the past flies new tales of one of Pulp’s forgotten heroes!  Pro Se Productions in conjunction with Altus Press presents the first volume in its PULP OBSCURA line!  Bringing adventures and heroes lost in yesterday blazing to life in new pulp tales today!  Six high flying, wild and weird adventures from I.A. Watson, Barry Reese, Frank Schildiner, Joshua Reynolds, Terry Alexander, and Adam Lance Garcia!
Come fly with this hero of the airways as he battles threats to America from the common to the extraordinary! The first new stories since 1942! 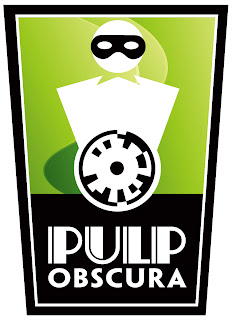 THE NEW ADVENTURES OF RICHARD KNIGHT is available now from Pro Se Press as a Kick Off Special for PULP OBSCURA.  Altus Press’ volume which this New Pulp book is a companion to, THE COMPLETE ADVENTURES OF RICHARD KNIGHT, VOLUME ONE, will be out within days.  In the future, Hancock explained, Altus’ reprint volume and Pro Se’s New Pulp companion volume will be released on the same day.  “We did this,” Hancock said, “as a special gift to those who have been following the development of PULP OBSCURA and readers eager to see what we’re doing.  There’s been a lot of buzz about this project, which we all greatly appreciate, and we wanted to reward that.”
THE NEW ADVENTURES OF RICHARD KNIGHT features a spectacular cover by Mike Fyles and the cover design work of Sean Ali.  Interior Format and Design is the work of Matt Moring and the ebook design is by Russ Anderson.  THE NEW ADVENTURES OF RICHARD KNIGHT is now available via Pro Se’s Createspace store at https://www.createspace.com/3783368 and will be available via Amazon in print within the week, $12.00 in print.  It is also available for $2.99 for the Kindle on Amazon and in various formats at www.smashwords.com and coming soon to Barnes & Noble for the Nook.
This first release from PULP OBSCURA is featured in the following trailer-
PULP OBSCURA-Bringing Heroes Lost in Yesterday Blazing to Life in New Pulp Tales Today!
Pro Se Press- www.prosepulp.com
Altus Press- www.altuspress.com
Posted by All Pulp at 7:26 PM