ALL PULP: Nancy, share some background with our readers, both personal and professionally. 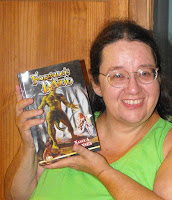 NANCY HANSEN: I’ve been an avid reader since a very young age. Writing was always something I was good at; I was that lone kid in the classroom who actually looked forward to the essay questions on the test. When my sons were young and I was a stay-at-home mom, I took that opportunity to explore a lot of creative endeavors in arts and crafts areas. I eventually settled on writing because it worked the best with my busy home life. Once I knew what I wanted to do when I grew up, I never looked back.
I took a couple of writing correspondence courses over those years, and put the insight and instructions to good use. Along the way, I taught myself to use a computer, and once we finally got internet (we’re rural) I started looking for like-minded souls. I spent the better part of 5 years as a volunteer moderator for first a big software company’s gardening and landscaping forums, and then Prodigy Internet’s Books and Writing Bulletin Board. In the first forum set I learned quickly how to explain complex ideas and instructions within the context of a limited space, and with the second position honed my writing skills while learning from the pros and helping a lot of new writers get started. From that latter experience came some long lasting friendships with other writers that remain to this day, as well as a lot of the story material I am mining now. I wrote a lot of poetry back then also, and managed to win a couple of local awards. So I was living the writing life, though the mainstream publishing field was always a dead end for me.
I have a very diverse household with three generations under one roof, and it gets hectic. Now that my sons are adults, I have more time to pursue writing. Because of that, most of my professionally published work has happened in the last couple of years. I’m another one of those overnight success stories that only took 20+ years in the making… 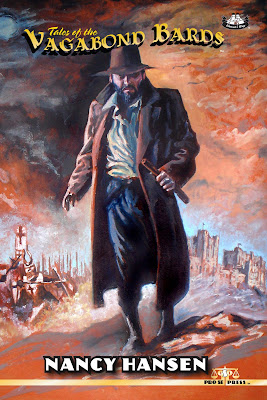 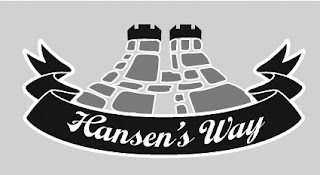 What this book has is three unique and separate tales of three different bards doing what they do best—using their talents and knowledge to help and educate the folks around them. I think what really shines in these is the characters themselves, and their dedication to what they do, and to each other. Each bard has a distinct personality, some claim to fame, and a background history, and yet they are brought together by a common cause. The three adventures are very different and not at all tame: a desperate attempt to secure a handwritten book of history before it is confiscated, a frantic search for a talented young boy before something happens to him that will alter his life forever, and a rather comical and poignant ‘rescue’ attempt for a local thief by the man who loves her and the bard who gets dragged into the whole sordid mess. If you love good old fashioned adventures in a world where magic and religion are often at odds, you’re not going to want to miss this book.
AP: What are your future plans for the Bards?
NH: Definitely more tales! I’ve barely begun to plumb their depths yet. I’ve brought in some new bard characters along the way that are begging for their own stories. What works well about these is that because they are not your typical fantasy action hero out swinging a sword or flinging spells, there is room for all ages and abilities to have a starring role. For instance, within this book, I have mentioned both a senior female bard and a young boy who will be joining them in the not distant future, and both could easily be featured in their own adventure stories. I see no reason why I can’t use a blind or disabled character, someone with a checkered past (done that once already in fact), bards with varying ethnic or gender identities, or addiction issues (ditto, though it’s outlined in another series). That’s one thing that is fun about these characters; they open a lot of possibilities.
I’ve already mentioned the idea of bringing in other writers to the imprint at some point, and it’s very likely that the Vagabond Bards series is going to be the first place that happens. I think the whole nature of having a rotating cast works very well for that. This is the one series under the imprint where other writers would have a good opportunity to create a brand new character. I’m really looking forward to seeing what others can come up with when we get that far.
AP:  If you had to point out one thing about your writing that you hope readers take away from reading one of your books, what would that be?

NH: Actually, I have a couple of goals…
First of all, I like to make the point that everyday people can still do extraordinary things. Throughout my writing, many of my heroic characters don’t fit the mold of ‘superb physical specimen’ that you see quite often in pulp. Some of them have nagging emotional issues, less than ideal appearance, there are various vices mentioned—and a few are downright flawed. I do that on purpose, because I want these characters to resonate with readers, so that instead of seeing someone whose looks and personality are superhuman and unattainable, they remind you of someone you know, and can feel comfortable with. So when the character does rise to the occasion, you’re right there with them, wrapped up in that situation, cheering her or him on.
I want my villains to have real motivation, something that while it might be skewed thinking, is understandable. That’s how it is in the real world. We’re judged on our deeds today, but our background plays a long way into what we’ve become. Don’t worry, these scoundrels are nasty and you’re going to want to see them get their due, but it’s understood there is more reason to their madness than this is someone who is pure evil incarnate.
Most important of all, I want to tell some rousing good tales. While a story can uplift, enlighten, and make you think, it should also be entertaining. That’s the most important part of fiction writing as far as I’m concerned. I want you to shut that cover at the end of a book feeling good about what you read, and a little sad that it’s over. If I can accomplish that, then I’ve done what I set out to do: write the kind of stories I love to read.
Posted by All Pulp at 7:15 AM