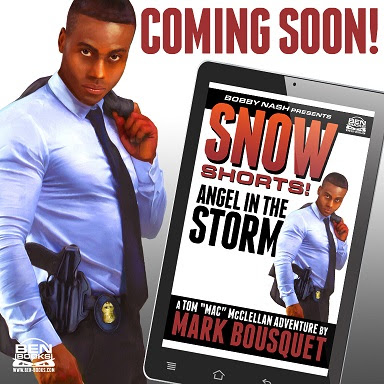 Get ready for some brand-new #FreshSnow in #TheSummerOfSnow! BEN Books is thrilled to share the cover to the next Snow Shorts story, Snow Shorts #5: Angel in the Storm by Mark Bousquet starring Snow's best pal, FBI Agent Tom "Mac" McClellan. The cover portrait and design is by Jeffrey Hayes of Plasmafire Graphics.

About Angel in the Storm:
When an cargo plane explodes over Atlanta, investigators are dispatched to deal with the fallout, both literal and judicial. Everyone except FBI Agent Tom McClellan. On his boss' hit list again, Agent McClellan finds himself saddled with a detail that's a waste of time, at best. Even worse, Mac comes under fire from a former lover, now a lawyer for a prominent crime family, and hired killers looking to put him and his case in the ground for good. How does all of this connect to a plane crash? That's exactly what Mac has to figure out before it's too late.

Look for Snow Shorts #5 on sale soon from BEN Books! 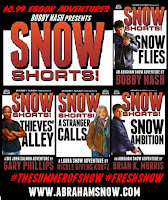 Happy Reading and stay frosty!
Posted by BobbyNash at 12:19 PM