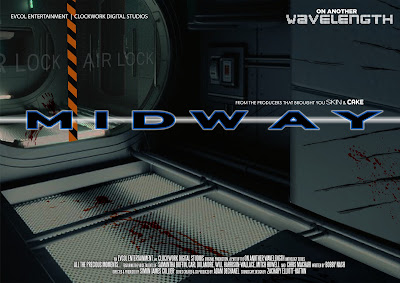 Oh, I am definitely excited. One of my stories, Midway, a sci-fi/horror tale is coming to life in a full-cast audio drama from the amazing folks at On Another Wavelength. Keep watching this space for more details as they develop. The short story version of Midway appears in Bobby Nash's Frontier, available in paperback and ebook. Read it FREE with Kindle Unlimited. Published by BEN Books.

Bobby
--
A damaged spaceship with untold treasures from across the universe...
A team of first responders en route...
A gripping horror story...

Another episode of On Another Wavelength is on the way, this one penned by Bobby Nash will blow your socks off!

Are you excited yet?
Posted by BobbyNash at 10:31 AM