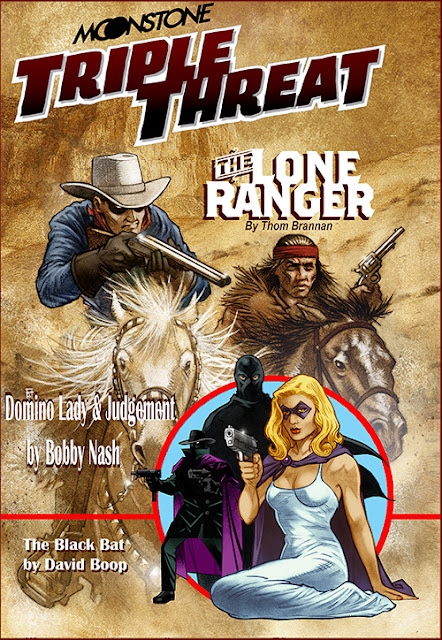 SPECIAL JUMP-ON PRICED ISSUE!
While hunting Luca Foschini, the GREEN HORNET picks up a trail that challenges both his identities. Foschini worked for a man named Solomon Janco who used to run with the Purple Gang—and Solomon Janco isn’t as dead as people believe.

SIX-time Stoker Award winner Nancy Holder brings us two Johnny FADE stories: a corrupt, dead Hollywood homicide detective stuck in the noir purgatory of Dead Town, crossing back over to Tinsel Town to solve cases for the living, and to find out how he can stay out of Hell.

See you in June.

Posted by BobbyNash at 1:52 PM