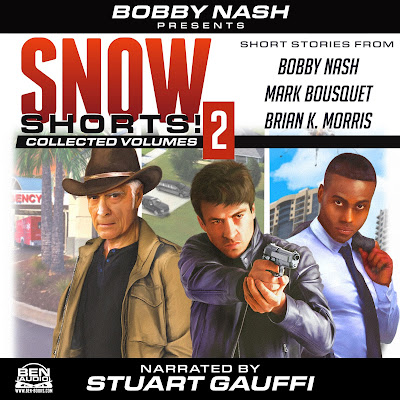 More #FreshSnow drops! #TheSummerOfSnow keeps rolling on into December and 2022 with the release of Snow Shorts Vol. 2 audio exclusively at Audible and Amazon! More retailers to follow in 2022. #SnowDay!

Learn more at www.abrahamsnow.com and below. 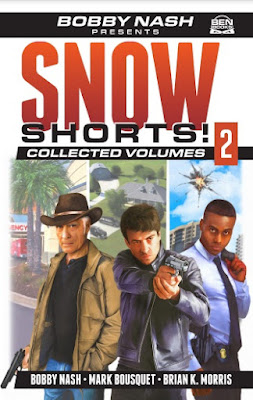 Snow Short #4: Snow Ambition featuring Abraham Snow by Brian K. Morris.
When an ex-flunky devises an insane scheme to get back on the good side of crime lord Miguel Ortega, he finds James Sheppard who could make the plan succeed. Unfortunately, Sheppard is really Abraham Snow, to say nothing of allegedly being dead. If Snow walks away from the plan, his family could die. If he goes along with the scheme, he could die, this time for real. Ambition can be a real killer.

Snow Short #5: Angel in the Storm featuring Tom “Mac” McClellan by Mark Bousquet.
When a cargo plane explodes over Atlanta, investigators are dispatched to deal with the fallout, both literal and judicial. Everyone except FBI Agent Tom McClellan. On his boss' hit list again, Agent McClellan finds himself saddled with a detail that's a waste of time, at best. Even worse, Mac comes under fire from a former lover, now a lawyer for a prominent crime family, and hired killers looking to put him and his case in the ground for good. How does all of this connect to a plane crash? That's exactly what Mac has to figure out before it's too late.

Snow Short #6: Snow Haven featuring Archer Snow by Bobby Nash.
Archer Snow wakes up in a small hospital in the tiny seaside community of Crest Haven, the victim of a tragic car crash that took the life of his aide and almost his own. Archer doesn’t believe it. He has no memory of the accident, only meeting his high-profile client to make security arrangements for a Top-Secret project. Convinced something sinister is afoot, can he thwart their plans or will Crest Haven be Archer Snow’s final destination? 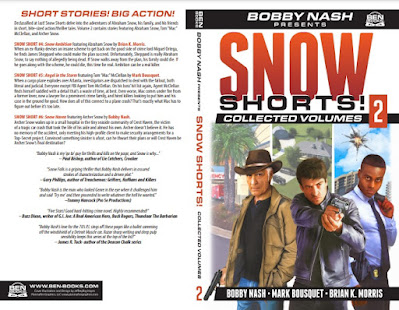