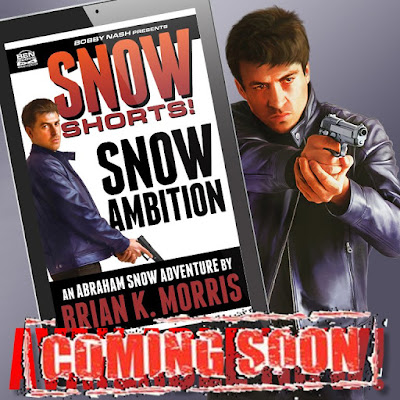 About SNOW SHORTS #4: SNOW AMBITION:
When an ex-flunky devises an insane scheme to get back on the good side of crime lord Miguel Ortega, he finds James Sheppard who could make the plan succeed. Unfortunately, Sheppard is really Abraham Snow, to say nothing of allegedly being dead.

If Snow walks away from the plan, his family could die. If he goes along with the scheme, he could die, this time for real. Ambition can be a real killer.

Learn more about Snow at www.abrahamsnow.com

Look for SNOW SHORTS #4: SNOW AMBITION on sale as a $0.99 ebook premiering in May.
Bobby
Posted by BobbyNash at 6:00 PM