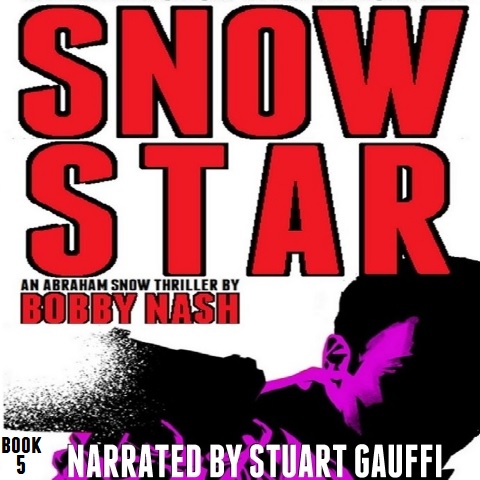 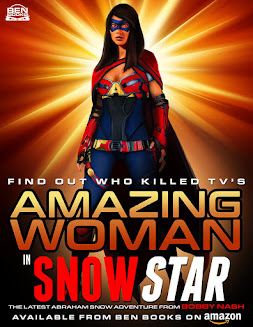 When film and television star, Miranda Shake, star of the hit international TV series, The New Adventures of Amazing Woman dies under mysterious tragic circumstances, Abraham Snow's world crumbles. The police rule it a suicide, but Snow is convinced she was murdered and sets out to find who killed his friend and why. Snow Star is the 5th book in the award-nominated hit SNOW series written by Bobby Nash and published by BEN Books. The audio book is narrated by the amazing Stuart Gauffi. Cover art by Dennis Calero. Who Killed Amazing Woman ad by Jeffrey Hayes.
You won't want to miss Snow's latest adventure on audio at the following retailers:
Amazon US (audio)
Amazon CA (audio)
Amazon UK (audio)
Audible (audio)
Join Snow's adventures today!
www.abrahamsnow.com
Learn more about SNOW STAR below. 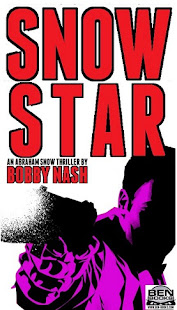 SNOW STAR
To the world at large, Miranda Shake is a big star best known for her work on the long-running television series, The Adventures of Amazing Woman.
But Abraham Snow knew her by another name, Melanie Shaw. Before the fame, they were childhood friends. After school, Snow enlisted, leaving his life, family, and friends behind. Melanie went off to Hollywood, changed her name, and became a star.
Now, reconnected after so many years, Snow has fallen for her once again. When Miranda Shake is found dead on New Years morning, having apparently jumped from the roof of her condo while wearing her TV superhero costume, everyone is quick to call it suicide.
Everyone except Abraham Snow.
Snow is convinced that his friend was murdered and he sets out to find out who did it, much to the irritation of Atlanta Homicide Detective, Robert Trent, who doesn't like p.i.s butting into his cases.
SNOW STAR is the fifth book in the Snow series published by BEN Books.