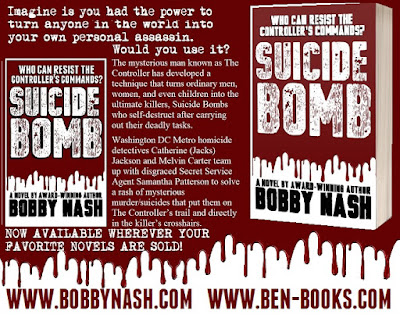 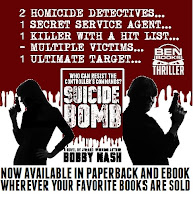 Imagine if you had the power to turn anyone into your personal assassin. Would you use it? For the mysterious man known only as The Controller, the answer is yes! The Controller has developed a technique that turns ordinary men, women, and even children into the ultimate killers, Suicide Bombs who self-destruct after carrying out their deadly tasks. 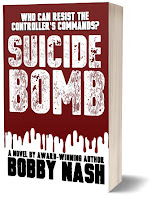 Agent Samantha Patterson to solve a rash of mysterious murder/suicides that put them on The Controller’s trail and directly in the killer’s crosshairs.

The final Suicide Bomb is primed and ready.

Who will it be? 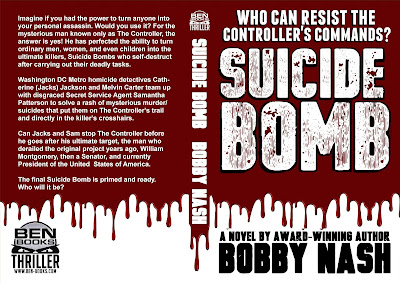 SUICIDE BOMB is now available for purchase in paperback and ebook formats at the following:

Posted by BobbyNash at 3:18 PM