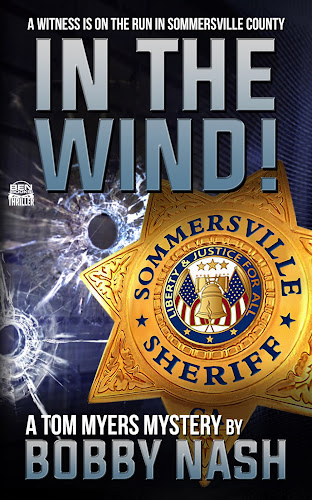 I am proud to announce that my latest novella, In The Wind - A Tom Myers Mystery is now available in ebook. The paperback will go on sale later this week.
If all goes well, this will be the first in a series of mystery/thrillers featuring Sheriff Tom Myers, a character who appeared in my first two novels, Evil Ways and Deadly Games! He is also slated to return in the upcoming Evil Intent, along with US Marshall William Teague, who also appears in this novella. Tom McClellan appears regularly in my SNOW series.

I hope you'll give this one a look.
Happy reading.
Bobby

A MISSING FEDERAL WITNESS IS ON THE RUN IN SOMMERSVILLE!

Sheriff Tom Myers returns in an all-new mystery series from BEN Books and author Bobby Nash. Originally appearing in Nash’s first published novel, EVIL WAYS, the fan-favorite Sheriff Myers and his deputies returned in the novel DEADLY GAMES! Now, at long last, Tom Myers is back in his own series of mystery/thrillers beginning with IN THE WIND.

In the Wind is available now as an ebook for your Kindle. You can read it for FREE with your Kindle Unlimited subscription. A paperback edition will follow within a week. There is also an audio book in pre-production. 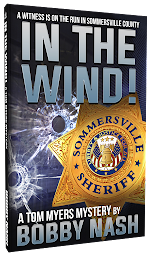 You can find the ebook HERE.

About In The Wind – A Tom Myers Mystery:
A safehouse ablaze.
4 dead federal agents.
A missing federal witness.
2 wounded agents clinging to life.
Another day at the office for Sheriff Tom Myers.

When a secret joint FBI/US Marshal safehouse in Sommersville, Georgia is attacked, federal witness Bates Hewell flees custody in the confusion and heads for the hills. The authorities descend on the county in search of their prize witness, now classified as “In the Wind!” The FBI and US Marshals Service are convinced that their material witness is hiding out in the wilds of undeveloped Sommersville County, an area with its own set of laws and rules. Can local sheriff, Tom Myers find him and bring him in before a band of hired killers do?

Tom Myers' story began in EVIL WAYS and continued in DEADLY GAMES! but the Sommersville sheriff’s adventures are far from over. Sheriff Tom Myers returns in IN THE WIND, the first in a new series of mystery/thriller novellas from award-winning author Bobby Nash and BEN Books. Snow’s FBI Agent Tom “Mac” McClellan guest stars in this story. 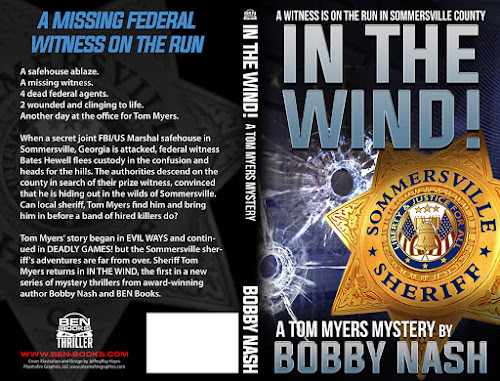 In The Wind – A Tom Myers Mystery
Written and created by Bobby Nash.
Cover art/design by Jeffrey Hayes.
Published by BEN Books.
Posted by BobbyNash at 9:06 PM