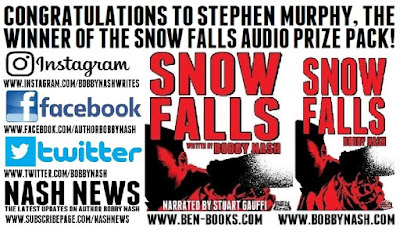 Learn more about SNOW FALLS below.
Bobby Nash's love for the 70's P.I. sings off these pages like a bullet careening off the windshield of a Detroit Muscle car. Razor sharp writing and deep pulp sensibility keeps this series at the top of the list!
-James R. Tuck- author of the Deacon Chalk series